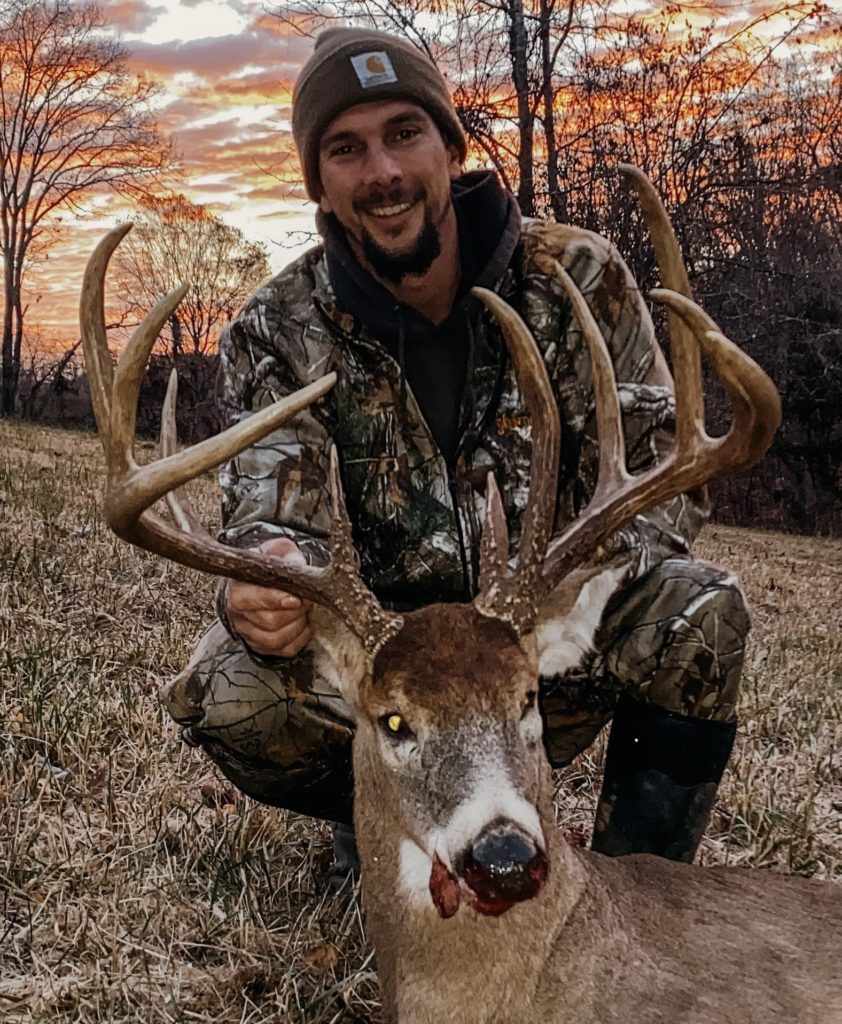 Josh McLamb of Browns Summit, N.C. killed a huge Rockingham County 12-pointer during a Christmas Eve hunt at 7:10 a.m. He thinks he may have seen the buck the day before, but had never seen it on the hoof otherwise. He did have numerous trail cam photos of the deer.

McLamb shot the buck with a Wolf blackpowder rifle at about 100 yards. The buck was in a small field chasing a doe when McLamb spotted it. He was sitting in a two-man ladder stand with his girlfriend.

”I got up Christmas Eve morning and decided to go hunting with my girlfriend Leah. We got in the stand around 6 a.m. About 6:50, we could see a doe running through the woods with a buck hot on her tail,” said McLamb.

He wasn’t sure at first if it was his target buck. But after a few minutes, he realized it was.

”I was not sure what buck it was. They both came right to the corn pile. Once I got a good look at him, I knew it was the buck I wanted to shoot. I got my Leupold scope’s crosshairs on him, pulled the trigger, and he dropped,” he said. “The good Lord blessed me with the best Christmas present ever!