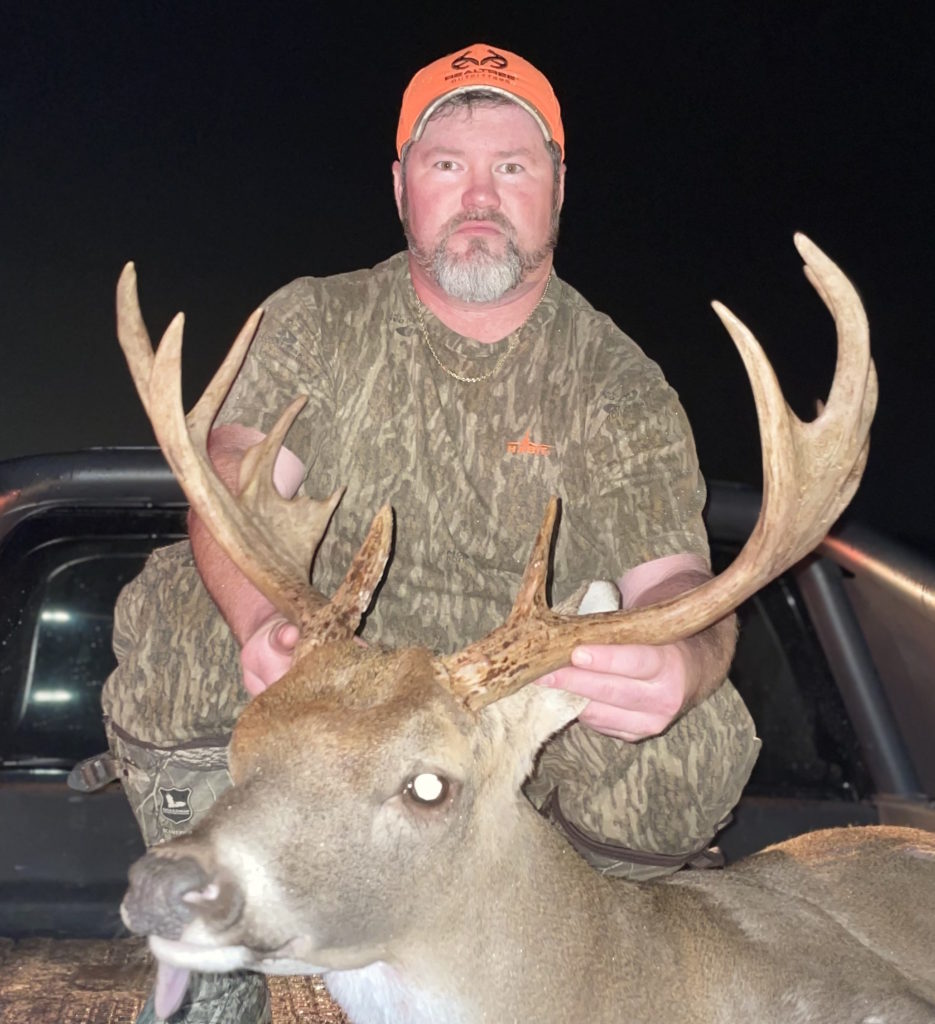 13-point buck was a surprise for Cheraw hunter

Justin Robertson of Cheraw, S.C. killed a palmated 13-point buck in Chesterfield County on Dec. 11, 2021. The deer would have been a 14-pointer but the massive rack had one broken tine.

The buck has been green-scored at 169 2/8 inches. Robertson had never seen the deer before, and he had no trail camera photos of it either. And due to unseasonably warm weather, Robertson wasn’t expecting to have much luck that day.

“I decided to hunt that evening because my family went shopping. It was 68 degrees, so I had no expectations of seeing anything. Just before light began to fade, a doe walked out. Then another and another,” Robertson said.

At this point, he decided it was already a successful outing.

“For me, a successful hunt is just getting to see deer. I enjoy being outdoors and leaving my phone in the truck. Getting away from all the stress of work is what it’s all about,” he said.

13-point buck had a small body

But the hunt got even better around 5:20 p.m. when he saw a set of antlers behind the does.

“Of course, I got a rush of adrenaline and had to calm myself. I actually watched him for 14 minutes before I shot. I knew official time was 5:39 that night and I was running out of time. He never gave me a broadside shot. I ended up shooting him through the heart straight on. I heard the thump and saw him run,” he said.

He said once he heard the 13-point buck crash, he was literally shaking.

“I gave him 30 minutes before I got down from the stand. From the spot I shot him until I walked up on him, a blind man could have tracked the blood. Once I was able to put my hands on him, I was amazed. He is by far the biggest buck I haver ever seen on the hoof,” he said.

Robertson believes the buck was in full rut with only one thing on his mind.

“He must have been rutting hard because he only weighed 135 pounds. I believe a third of that was on his head,” he said.

Catching enough for a fish fry is not a problem for summertime anglers at Lake Monticello. […]