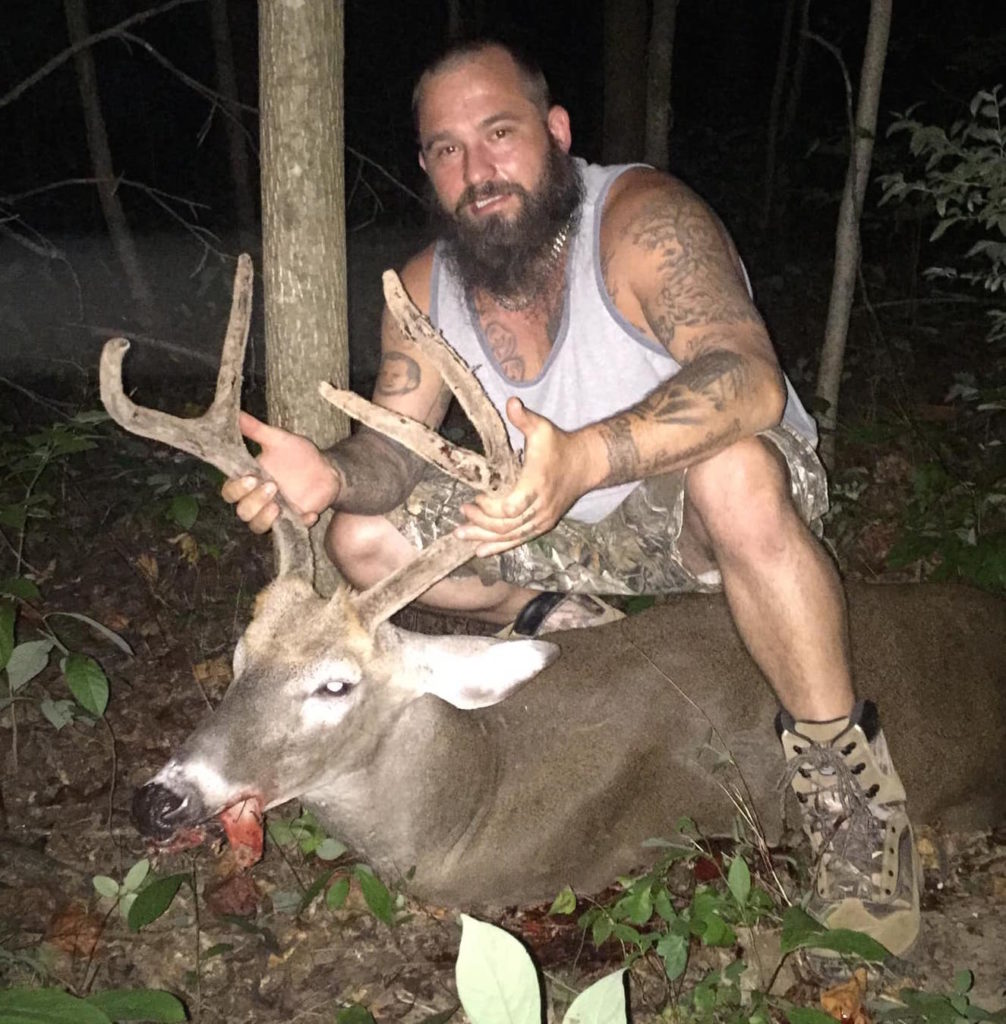 The 4-point buck was king of the hill

It’s rare to hear of a “monster 4-point buck,” especially in the Carolinas, but Trey Keziah of Charlotte, N.C. certainly killed one in Mecklenburg County on the evening of Sept. 15, 2021. The deer was lacking brow tines. But the mass and spread of his antler rack left no doubt that he was king of the hill in his area. It was also in full velvet, which made the deer even more unique.

It wasn’t a buck that Keziah had ever seen before. He was hunting on a friend’s land that he hasn’t spent much time on, so he didn’t expect anything at all. He got perched in the ladder stand and waited.

“I’m just lucky I got to go that day honestly,” Keziah said. “The land my hunting buddy and I used to hunt on was sold, and turned into a development. So he hunts sometimes on an older gentleman’s land named Mr. Lucky. And that day, he invited me to go, so I took the chance and went.”

Once Keziah got in the stand, he saw a bunch of squirrels, then heard something to his right that caught his attention.

“I was really focusing on what was making that sound to the right of me. I knew something was on the right side of me walking around. But I just happened to glance to my left. And here comes a little 6- or 7-pointer, about a year old. And he kept looking back,” he said.

Keziah shot the buck with a crossbow

The hunter knew the little buck was keeping tabs on another deer, so he looked in the same location the deer was looking.

“I saw another body coming through. And a decent 8-point stepped out. He joined the little buck and they sat there eating, but they were real uneasy. They kept looking back where they’d come from. So, I kept looking too,” he said.

Keziah finally saw what the other deer were looking at. He knew right away it was a shooter.

“As soon as he stepped out and gave me a broadside shot, I took it,” he said.

With the deer 20 yards away, Keziah pulled the trigger on his Bear Saga crossbow. His Bear X-Bolt with a three-blade Swhacker found its mark. The 4-point buck ran about 50 yards before falling to its death.

He thought the deer was a 6-pointer until he saw it on the ground. That’s also when he first realized it was in velvet.

“I liked it even more then honestly. I killed a good 6-pointer in Anson County some time ago. And this 4-point is bigger than him. And I love that he’s in full velvet,” he said. “

Keziah said only about 2 minutes passed from the time he saw the small deer until the 4-pointer was lying dead on the ground.

Congratulations to Keziah, who is now entered in our Bag-A-Buck contest. Click here to enter your buck in the Carolina Sportsman Bag-A-Buck contest. We’re giving away some great monthly prizes, as well as a Grand Prize that includes a Millennium M25 hang-on deer stand and a 2-man, 2-day hunt for deer and hogs at Cherokee Run Hunting Lodge in Chesterfield, S.C.

Zack Porterfield of Roxboro, N.C. was bowhunting in Granville County on Sept. 13 when he arrowed a 145-inch, 9-point buck. […]