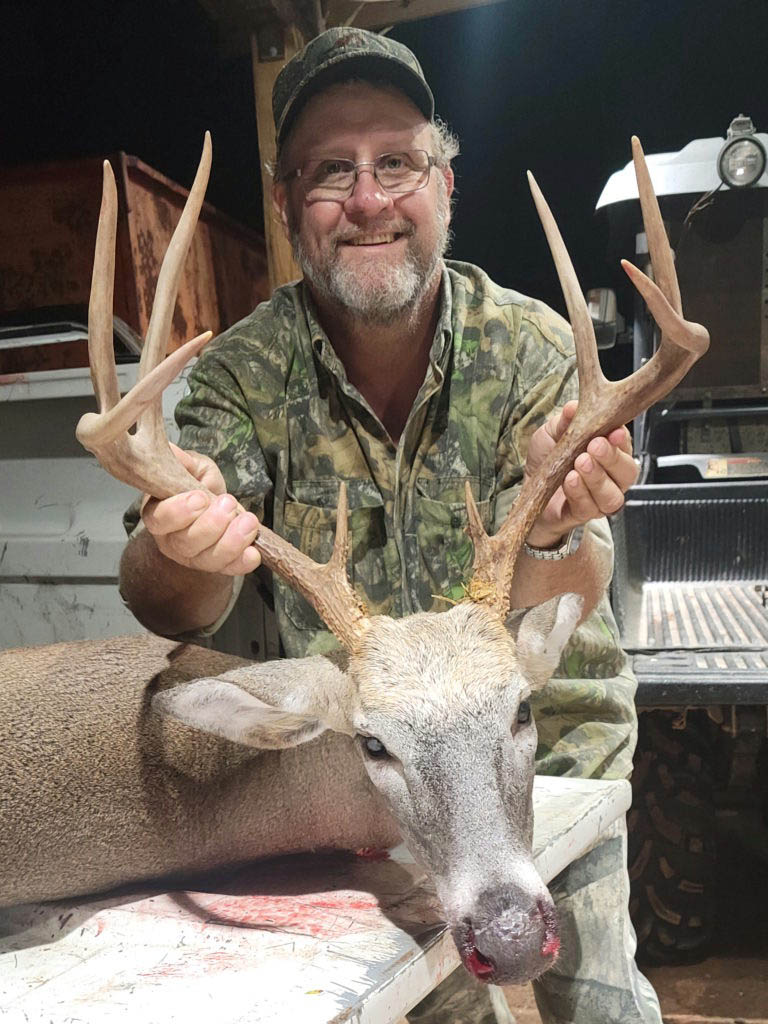 James Farris of Eden, N.C., still wonders about the one that got away. But he’s sure proud of the 8-point buck he killed in Rockingham County on Oct. 7.

Farris had been watching the 8-pointer, which he estimates would score between 115 and 120, with a 16-inch spread, along with a couple of other bucks on the farm he was hunting — one of them much bigger.

The afternoon of Oct. 7, he got in the woods during a light rain and was there when the rain stopped and three bucks walked out to his corn pile. The biggest buck never got closer than 70 yards, but the second 8-pointer gave Farris a 35-yard shot with his brand-new Mission Crossbow, and he didn’t miss. The buck carried the Muzzy hybrid mechanical broadhead only 60 yards before collapsing.

Two days later, Farris entered his buck in Carolina Sportsman’s Bag A Buck contest, and on Nov. 1, his buck was drawn as the winner of October’s monthly contest.

The hunter had recently completed chemotherapy for bladder cancer

“I had seen this buck and a couple of others and was hunting them pretty hard,” said Farris. He had just finished a series of treatments for bladder cancer at Duke University Hospital before deer season. “I have always hunted with a Mathews (compound) bow, but with my sickness, with the chemo and weakness, I had to get a crossbow. But I wasn’t going to stop hunting. I had just bought it and sighted it in.

“I was in my stand when it quit raining, and they came out.”

Farris, a taxidermist, said the bucks came into view around 6:30. He’d seen them on trail cameras and in person before, but this was the first shot opportunity. The biggest buck, which he estimated at 135 inches, never got close enough for a shot, but the second 8-pointer turned broadside, well within range, and he scored at around 6:40.