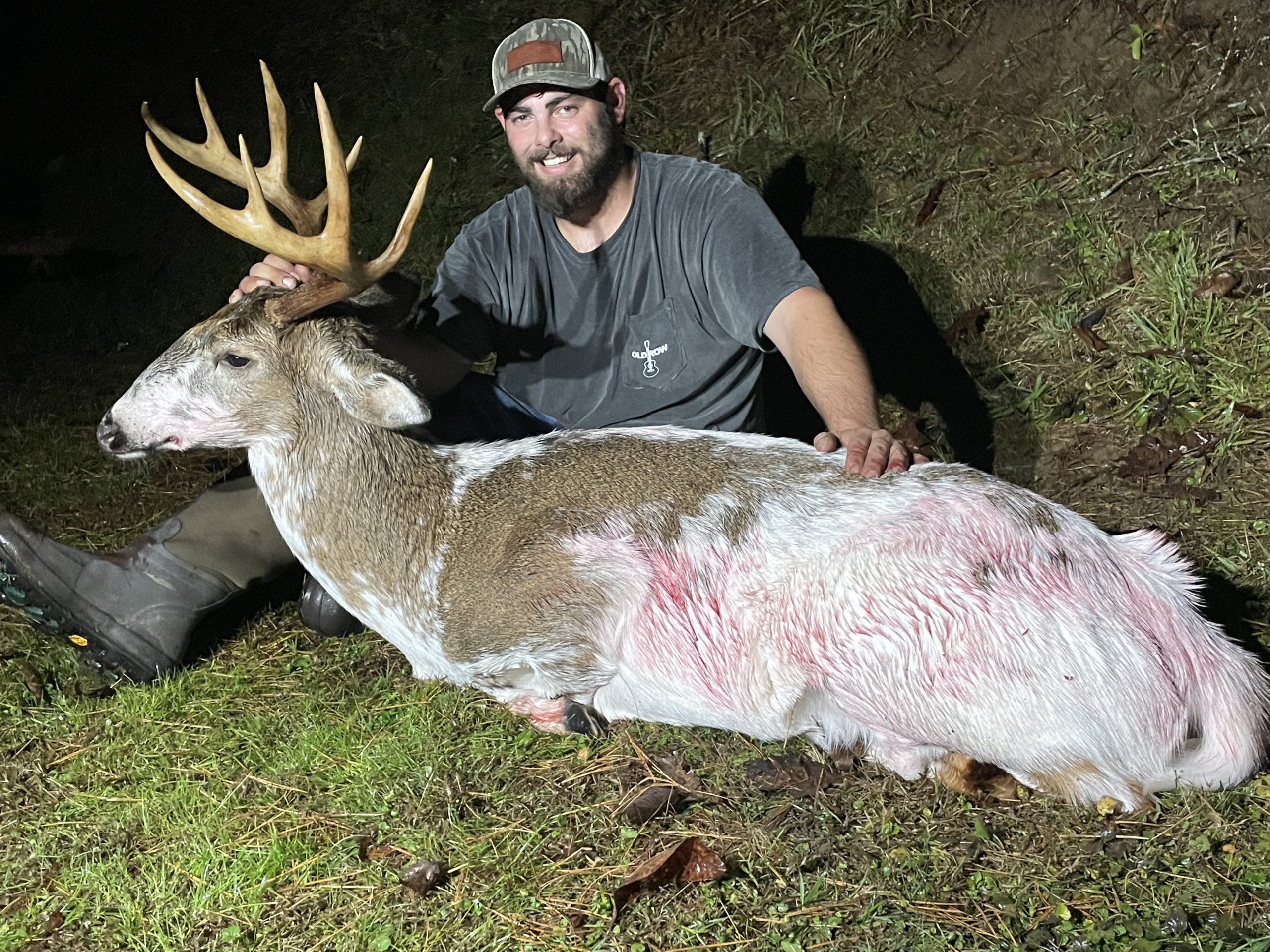 Piebald was his second buck of the day

Michael Ball had a hunting day he’ll never forget on Nov. 5, 2022 in Ashe County, NC, when he killed two bucks, including a 10-point piebald.

“It was a once-in-a-lifetime experience, and the first time I’ve ever tagged out in the same day,” he said.

Ball said he slept later than intended on that opening day of muzzleloader season. But with a plan to sit all day, he got in the woods around 7 a.m. It was a long time before he saw anything. 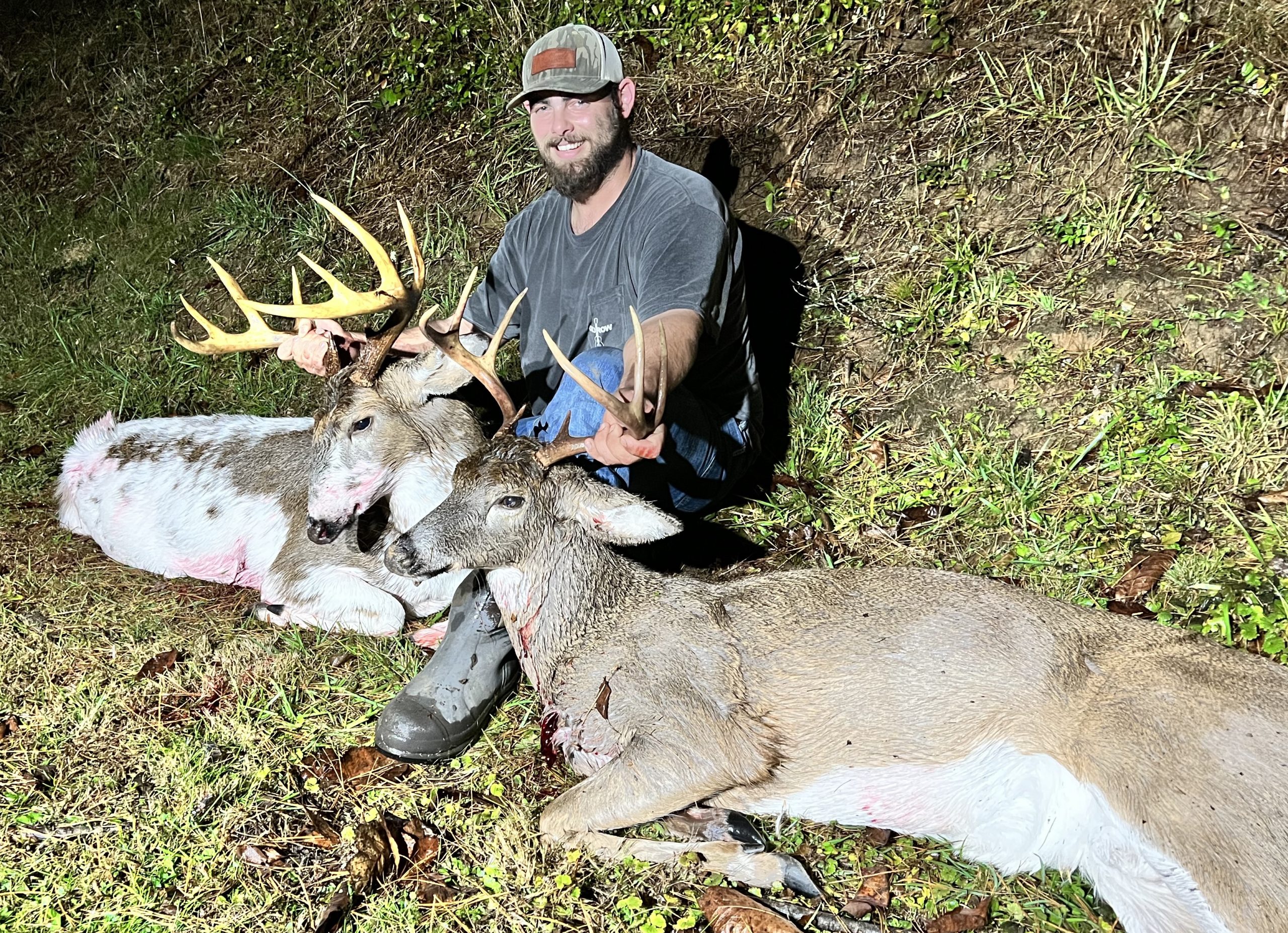 The 8-point buck wasn’t exactly what he was looking for, but he was getting anxious to put some meat in the freezer, so he decided to take it.

“It wasn’t one of my hit-list bucks. But the trigger finger got to itching and I laid the hammer down,” he said.

He sat for about another 45 minutes, hoping one of his target bucks would show up, but then decided it was time to find the one he’d shot.

“I left my gun and everything in my box stand and started walking to the side-by-side. About halfway up the mountain, I looked down and saw something that is definitely a once-in-a-lifetime and couldn’t believe my eyes. So I pulled out my phone and started taking a picture,” he said.

It was a piebald buck, and as it continued to stand there, Ball decided to make a dash back to his stand for his muzzleloader.

“It came to me — what was I doing taking a picture instead of going and getting my gun. So I took off running back down to my box stand and ran back up the hill. Thank the good lord above he was still in the same place,” he said.

He leaned against a tree, took aim, and shot the piebald at 75 yards. The deer ran, but crashed after only 30 yards. Ball then went to recover the first buck, then returned to get the piebald. Adding to the story, as he FaceTimed one of his hunting buddies, his buddy showed him another piebald that he had also just shot.

“My jaw dropped! We had both shot piebald bucks on the same night,” he said.

Congratulations to Ball, who is now entered in our Bag-A-Buck Contest and in the running for these monthly prizes and the Grand Prize package:

On November 18 I was heading to the deer stand with my grandpa having a great feeling about that evening’s hunt. After about an hour of being in the stand me and my grandpa had […]