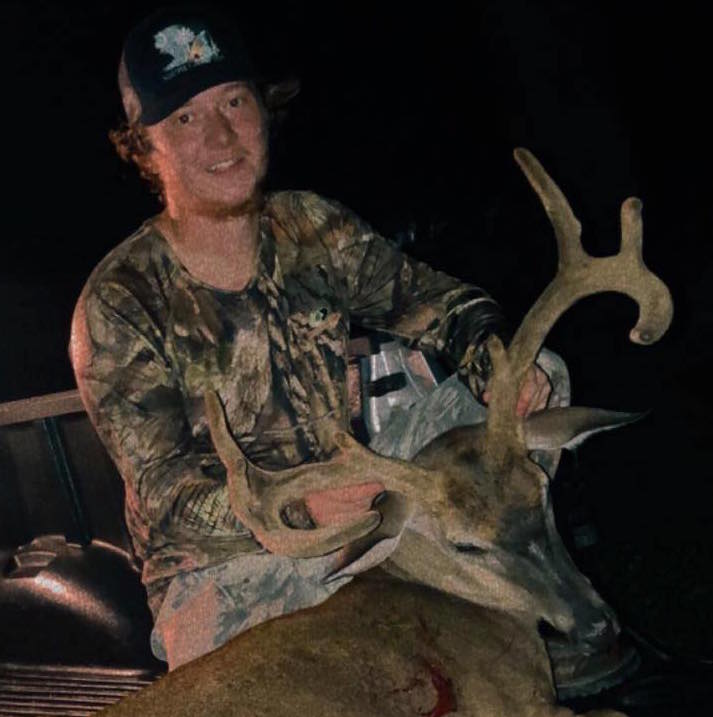 The 8-point buck is his biggest ever

South Carolina’s 2021 deer hunting season started off quickly for James Seigler of Aiken, S.C. At 7 p.m. on Aug. 15, South Carolina’s opening day, he killed a big 8-point buck in full velvet. The buck weighed 181 pounds and had a 20-inch spread.

“It was truly an awesome deer. This is the deer I have wanted for years now, and it finally happened,” said Seigler.

The 8-point buck was a frequent visitor at Seigler’s stand for the past few years. But it was all night-time visits up until just before this season’s opener.

“I had the deer on camera for 3 years, but could only get night pictures of him. So I decided to switch spots up closer to his bedding area. And it payed off, with the first daytime pictures of him a week before the season,” he said.

Those photos were taking place every evening around 7 p.m. But Seigler had a hunch he’d catch the buck slipping up in the early morning hours on opening day.

He takes a gamble, then another

“So I hunted the stand opening morning, hoping to maybe just catch him slipping his way back to his bedding area. But the hunt didn’t pay off. So I had to come up with another plan.

“The only thing left was to get close as possible to his bedding area without any stand, blind, or anything. Just me and my gun,” he said.

This plan went off without a hitch. And it brought an end to the years-long pursuit.

“Sure enough, an hour before dark, around 7 p.m., he stepped out around 100 yards away. He was making his way out of a thick briar area. As soon as he gave me a broadside shot, I put it right behind the shoulder. I shot, and he jumped sky high. Then he ran back into the briars,” he said.

Seigler was pretty sure he’d made a good shot. He waited. And listened.

“Not a minute after the shot, it got really silent. And you could just hear the deer fall and crash and make all kinds of noise. At that point, I knew I had made a good shot. I just had to adjust to what his pattern was. It’s the biggest deer I’ve killed in my life. And I was glad to have my cousin Drayton Hearn and my old buddy Tybee Martin, my step-daughter, and the ole lady to be there to witness the deer after the kill,” he said.

Seigler is now entered in our Bag-A-Buck contest. Click here to enter your buck in the Carolina Sportsman Bag-A-Buck contest. We’re giving away some great monthly prizes, as well as a Grand Prize that includes a Millennium M25 hang-on deer stand and a 2-man, 2-day hunt for deer and hogs at Cherokee Run Hunting Lodge in Chesterfield, S.C.