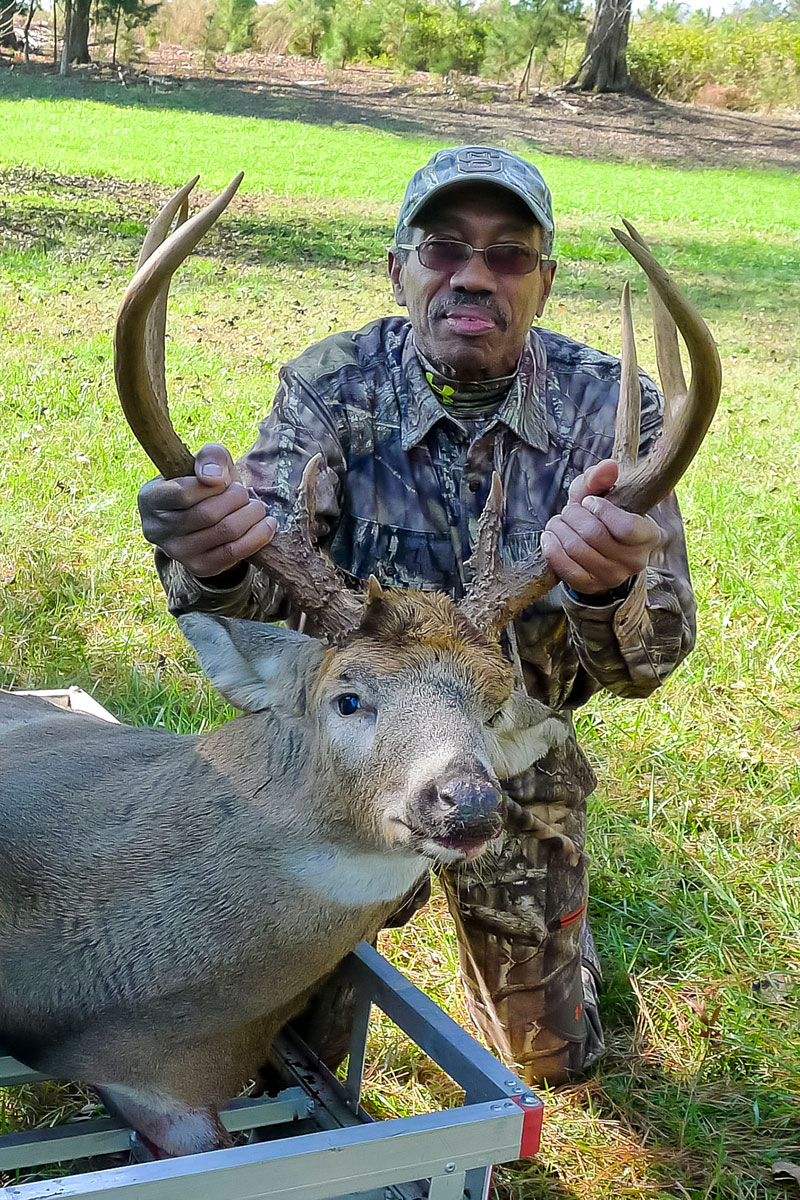 I am a retired professor from NC State University. I currently live in Wake Forest, NC. I often hunt with a group of retired faculty members from NC State and NCCU.

On Nov. 27, 2020, the day after Thanksgiving, I was hunting private land owned by a good friend in the Lewis Community off of Hwy. 15, just north of Oxford, NC. I have been hunting this 42 acres and surrounding land since 2005. I have taken several deer, but nothing like this buck. That day, I was hunting with my Browning Bar .270 with a Nikon 4-12X40 BDC scope. The buck, an 8-point bruiser, has not been scored. I saw this deer only once last year early in the season, September, with other bucks. I also have trail camera photos of him from last year, but had not seen him this season before taking him on Nov. 27.

The 42 acres was logged four years ago, and is now covered with young pines and hardwood saplings about 15 to 20 feet high, making it very difficult to hunt. However, I believe my unique setup gave me an advantage and allowed me to get a good shot at this buck. I was hunting from a 5′ X 5′ Browning Phantom hunting blind that I erected on top of a section of 5′ X 5′ construction scaffolding, 7 feet high. 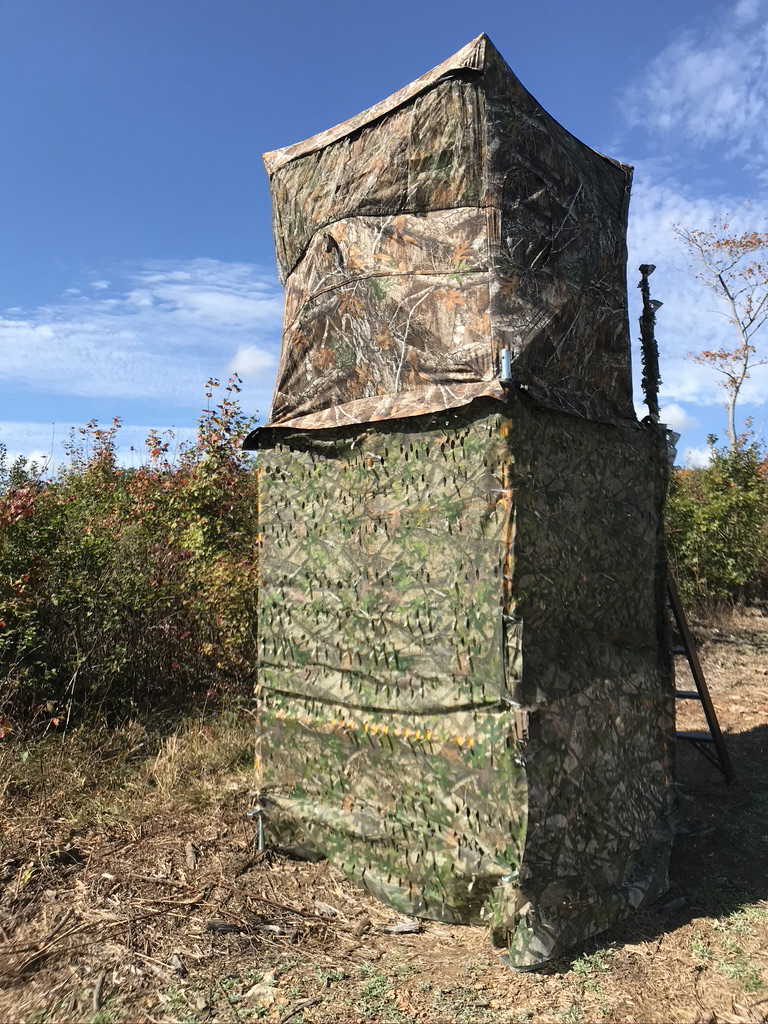 I got into the blind before sunrise and at about 9 a.m., several does crossed a road we had cut around and through the pine acreage last summer. Several minutes later,  the buck entered the road and stopped. I took him with one shot from about 100 yards, hitting him behind his right shoulder.

In my younger days, I would often climb into a 20 foot ladder stand, sit half of a day, and think nothing about it. Since I am older, and no longer a spring chicken, I choose to hunt close to the ground. I’m okay with that and have set up two other blinds on scaffolding.

Danny Brandon killed this 9-point buck in Caswell County, N.C. The buck had a 22-inch spread.