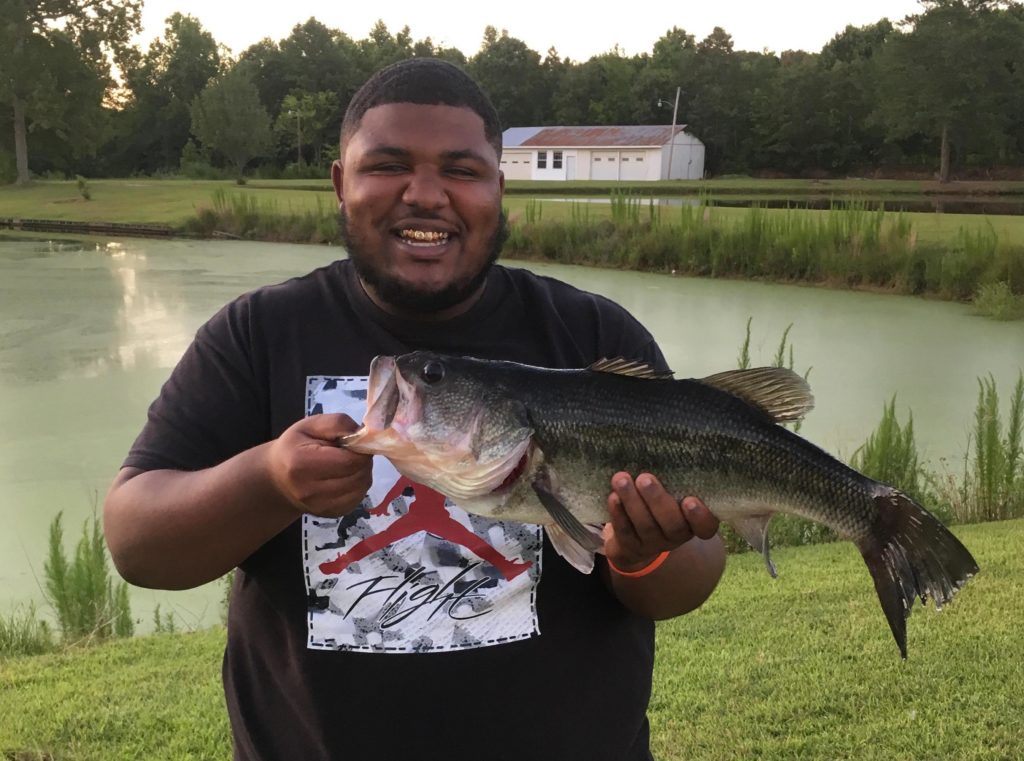 Travon Harris of Sanford, N.C. was using a wacky-rigged worm when he caught this nice bass in Lee County.

What is a wacky worm rig and what’s the best way to fish it? Most wacky-rigged worms are straight-tail, relatively short, soft plastic worms. But instead of inserting the hook into the head (or front) of the worm, the hook is placed in the center of the lure.

So if it’s a 6-inch long worm, the hook will have 3 inches of worm to the left of it, and 3 inches of worm to the right of it — usually. Some anglers prefer to rig it somewhat lopsided for a different look. When cast into the water, the ends of the lure dangle and vibrate during the fall. Working the lure simply requires the angler to give it a quick pop, causing the lure to vibrate more as the ends of the worm flail up and down.

Using a wacky-rigged worm is highly effective when bass are sluggish due to extreme heat or extreme cold, and when they are biting very aggressively. It’s also a great lure for catching bedding bass when cast directly into a bed.

Dustin Little from Stanly County, NC shot this 10-point while hunting with his father in Stanly County. It’s a memory that will last him a lifetime!! […]