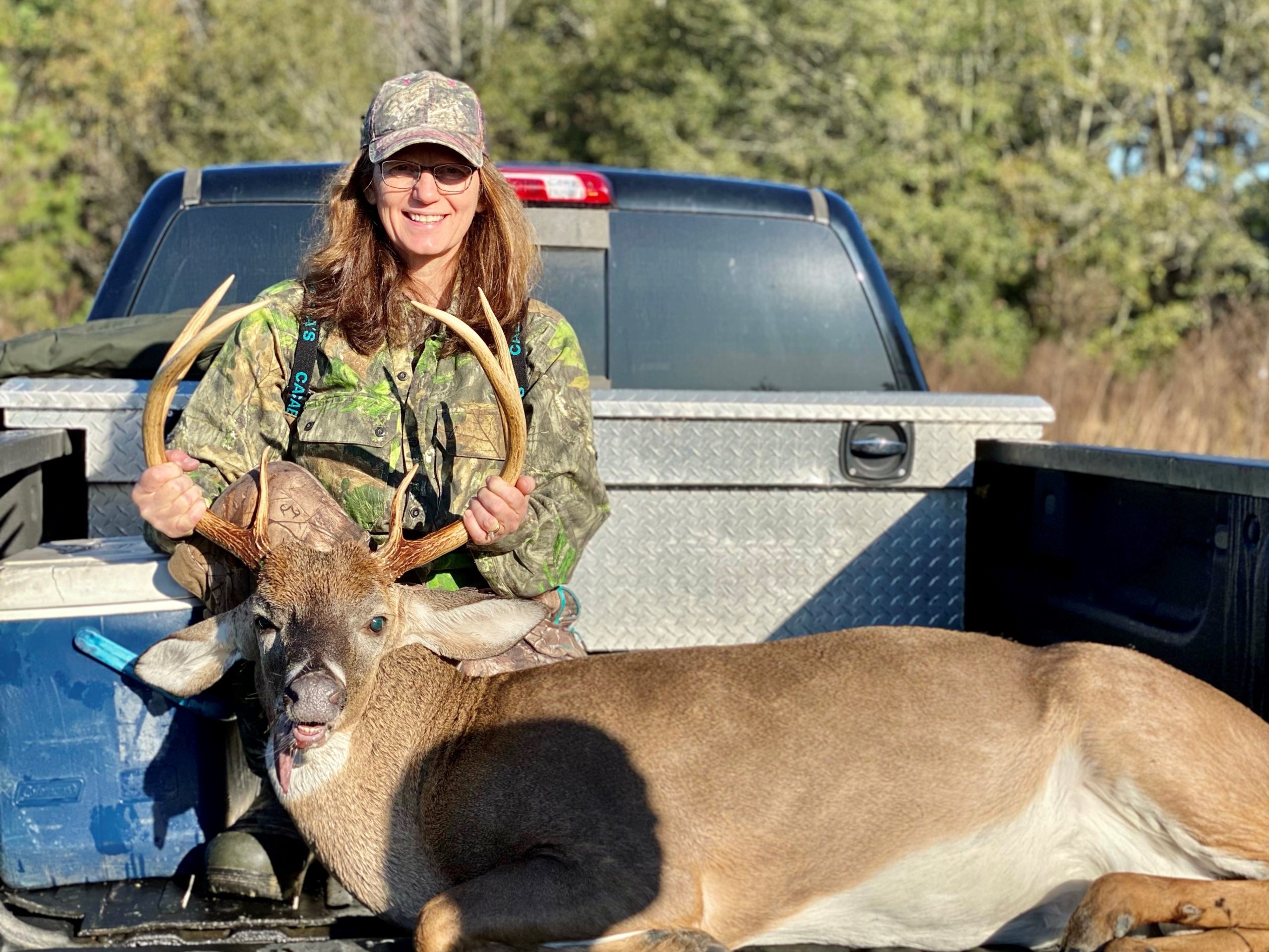 I finally did it! I started deer hunting with my dad when I was 8- or 9-years-old (40+ years ago). And this year, I finally killed the buck of my dreams!

I climbed in the stand a little late, I thought, at about 5:50 a.m. But to my surprise “Hammer Buck” would not arrive until 7:30 a.m. My brother-in-law, Billy Ward, had named the deer after catching him on camera in the very early season.

Billy had given up on him since he stopped making appearances. At 6:20 that morning, a nice 6-pointer visited the field. I actually shot at him and missed. Not realizing I had missed, I waited 20 minutes, then climbed down from the stand to see if he was laying in the tall grass. I found no deer and no blood. I was so bummed!

However, after an encouraging pep talk from my husband, I climbed back in the stand. Less than 30 minutes later, Hammer Buck appeared at the edge of the field. He was glaring straight at me and finally bowed his head. He looked back up, put his nose in the air, and slightly turned to the left.

I already had my scope zeroed in on him, and with that slight turn, I had an opportunity for a decent, 70-yard, right handed shot. When I fired my rifle he ran towards me and then fell about 40 yards in front of my stand.

I was so overwhelmed that I started crying! I immediately called my husband and was able to FaceTime him as I walked up on the kill. It was just meant for me to miss that first buck so I could bag Hammer.

Hammer was an 8-point buck that weighed 215 pounds.

I have never lost the excitement of harvesting a whitetail. I also enjoy helping skin them out and frying up some tenderloin! And now there is no more daydreaming about that big one! As soon as TNT Taxidermy finishes with Hammer, we will hang him on our wall.