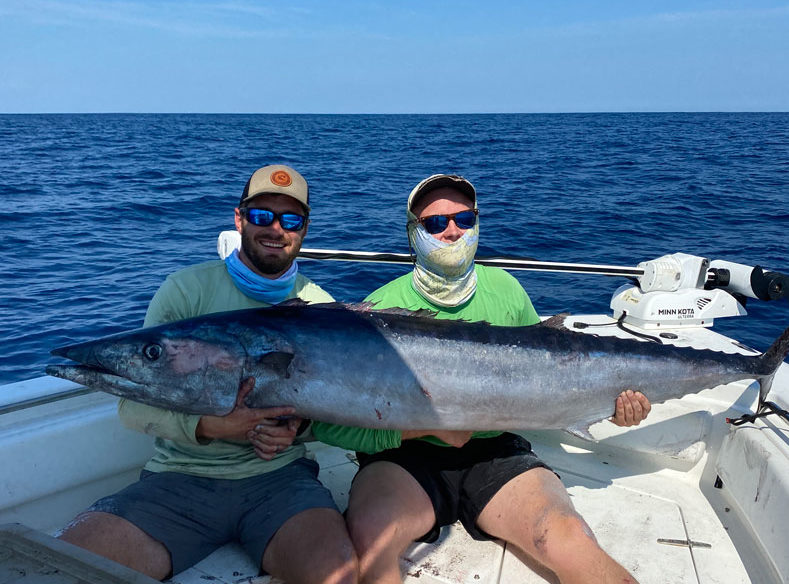 Greg Williamson and Will Bonniville were fishing earlier this month out of Winyah Bay in a 22-foot center console and caught a whopper of a fish. While 60 miles off of Georgetown, they caught a huge wahoo. The fish, their first ever of that species, was too big for them to ethically bring in, so they released it.

“We got a length of the fish, but were unable to take it back to be weighed because we had nowhere to keep it cold,” said Bonniville.

The fish was 77 inches long. The two anglers used a length/weight formula to determine an estimate. The estimate put the fish in the 115- to 120-pound range. The current South Carolina state record for wahoo is 130 pounds, 5 ounces.

The anglers were fishing in 400 feet of water with a live menhaden when the big wahoo hit.

Want to share your outdoor photo/story with our readers? Send them to images@carolinasportsman.com.

Bush hooking is a great way to catch catfish on the Waccamaw River. […]