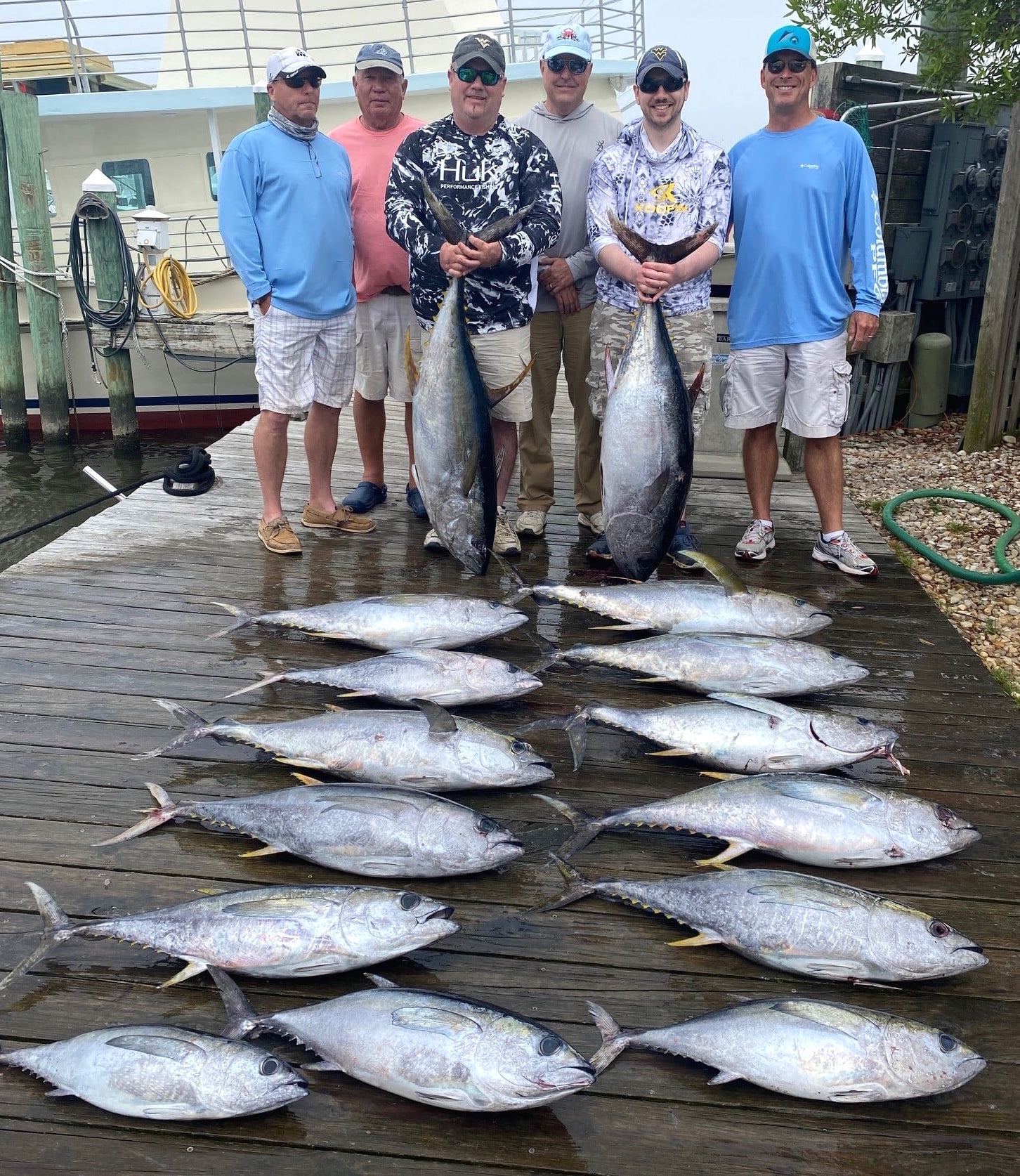 The offshore bite is hot out of Manteo, and several offshore boats reeled in citation-sized tuna on Monday, May 24, 2021. And tuna aren’t the only fish biting. Mahi and tilefish also made up a good portion of the day’s catch.

As hot as the offshore bite is, the nearshore bite is just as good. Spanish mackerel and bluefish are biting like mad.

If you’ve been waiting for the best time to head offshore, that time is right now. Call the folks at Pirate’s Cove (252-473-3906) and they’ll point you in the right direction.

A surf angler from Falls Church, Va. was one of three drownings along the Carolina coastlines during the Memorial Day weekend. […]

When two anglers fishing in North Carolina’s Bogue Inlet area saw a floating object in rough waves, they took a closer look and realized it was a swimming black bear. […]

Lennox Furr, 5-years-old, was fishing in the OBX when he caught these fine speckled trout. […]

About Brian Cope 1922 Articles
Brian Cope is the editor of CarolinaSportsman.com. He has won numerous awards for his writing, photography, and videography. He is a retired Air Force combat communications technician, and has a B.A. in English Literature from the University of South Carolina. You can reach him at brianc@sportsmannetwork.com.
Website