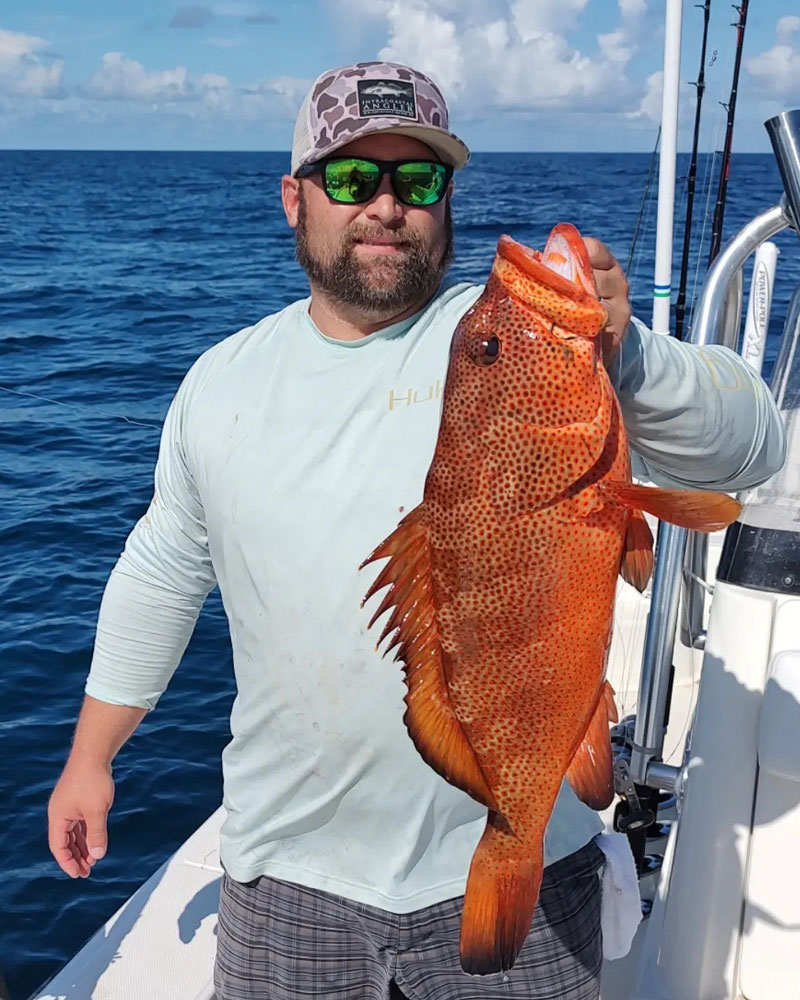 Lambert caught the record fish on Aug. 6 near Frying Pan Tower. It beat the previous record, a 7-pound, 1.6-ounce fish caught off of Cape Lookout in 2021.

Lambert was using a live pinfish as bait.

Another N.C. state record, a 58-pound, 8-ounce cubera snapper, was caught on Aug. 3. Thomas Madsen of Byram, N.J. caught the fish offshore of Hatteras. This bested the previous state record by 8 ounces.

Madsen was fishing with Capt. Tyler Fleetwood of Sea Dream Fishing Charters when he caught the fish, which measured 49.5 inches total length and had a 41-inch girth.

Catch a little bit of everything in November

Offshore anglers can expect to catch grouper, along with snapper and other species in November […]

The NCWRC is stocking 60,000 surplus trout in 40 small impoundments across central and western North Carolina. […]