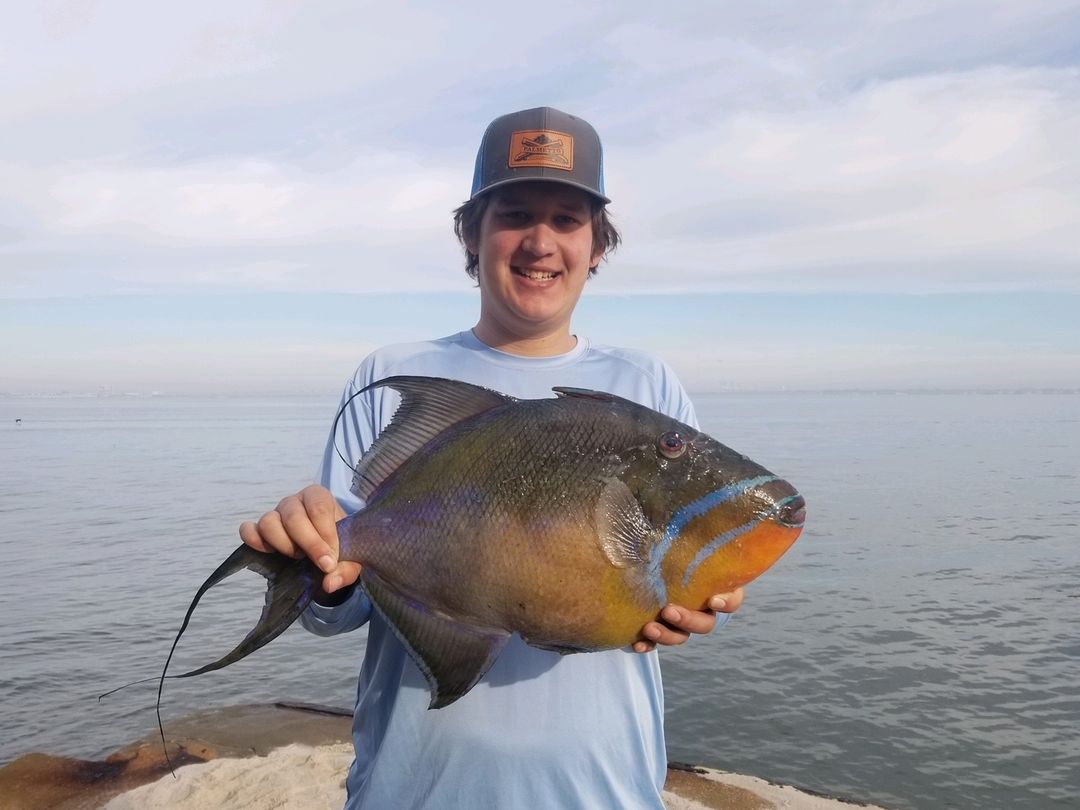 “We were targeting grouper, but we caught 22 queen triggers. We also caught some small vermillion snapper and two small grouper,” said Costanzo, who was 18-years-old when he caught the fish.

The crew was fishing in about 170 feet of water. They were using squid and cut bait. Costanzo had caught his share of triggerfish before that day, but this was his first day he’d caught queen triggerfish. Once he pulled the fish into the boat, he said they were confident it was a new state record.

“The captain, Jack Demsheck caught one about a pound smaller the weekend before. We knew this one was a state record,” he said.

Once back in Mt. Pleasant, they took the fish to Haddrell’s Point Tackle and Supply. There, they had the fish weighed and began the paperwork to have it certified as the new state record.

Due to a technicality in the way state record fish are recorded, Costanzo’s fish is listed as a tie with a smaller queen triggerfish that was caught in 2011. That 9-pound, 7-ounce queen trigger was caught out of Georgetown by J.H. Woodberry of Lake City, S.C.

November is a great month for SC’s specks and reds. […]

The Grand American is the ultimate coon hunt