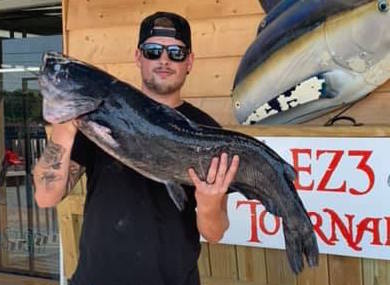 Rudolph caught the big channel cat on July 18, 2021. The previous record was caught in September 2020 by John Stone. That fish weighed 23 pounds, 5 ounces. Up until then, North Carolina’s state record channel cat had stood for 50 years.

We will share all the details of Rudolph’s catch once we get the full story.

It’s time for North Carolina hunters to apply for the 2022-23 permit hunts for numerous species across the state. […]

NCWRC announced on Aug. 2 that the 40th and final edition of the waterfowl print and stamp is available online at the NC Wild Store. […]

Ram vs deer: who wins?