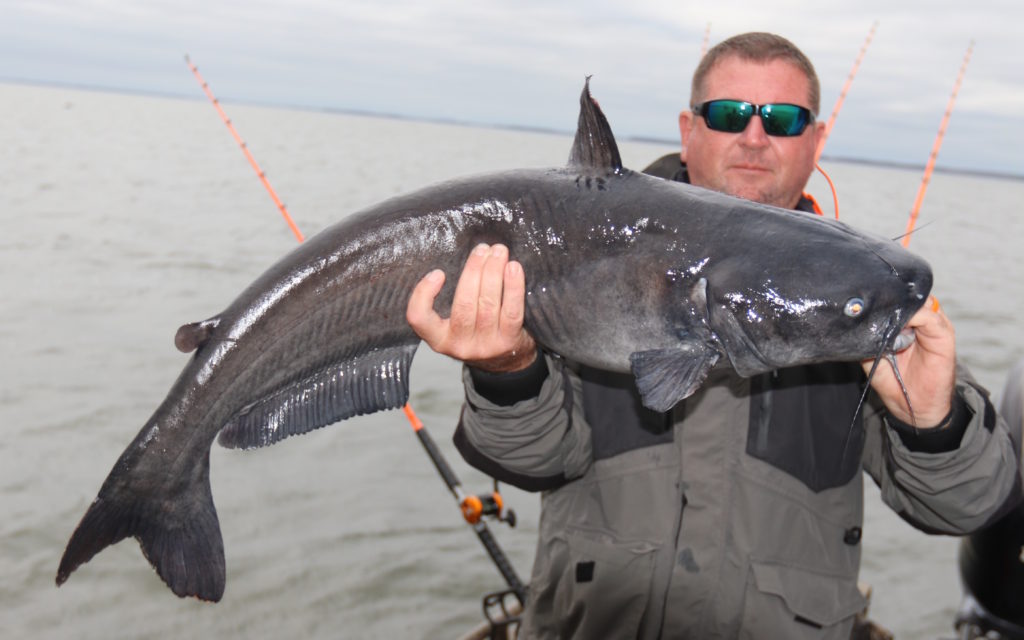 One problem many anglers face when catfishing is the wind. But even when it’s blowing harder than normal, Capt Jason Wolfe said it can aid anglers. Especially those who use the side-drifting technique.

Wolfe, who runs Wolfe’s Guide Service, said using the wind to your advantage is a great way to catch catfish.

“I prefer it to be a little bit windy for drift fishing. But even when the wind is blowing harder than I’d prefer, it doesn’t stop the fish from biting,” said Wolfe (803-487-3690).

The biggest problem caused by the wind is that it makes it tough to keep your boat under control. Wolfe uses a combination of drift socks and his trolling motor to regain that control.

“Sometimes one drift sock is enough. Other times, it might take two or three. And if you’re not drifting in the manner you prefer with those out, you can run your trolling motor to keep the nose of the boat in your preferred line,” he said.

During exceptionally windy days, Wolfe prefers to drift sideways. He secures one drift sock to the side of the boat close to the front. He puts another sock toward the back on the same side as the first sock. On some days, it takes a third sock, which he secures to the middle of that side of the boat.

Drifting sideways allows the use of more rods

“Side-drifting is a great way to fish. It allows you to put baits in front of fish that are hunkered down instead of waiting on them to come to your hooks. And unless there’s at least a little bit of wind, it’s very difficult to drift.” He said. “Trolling is also good, but that’s mainly done in a straight line, limiting anglers to as many rods as will fit across the front or back of their boats.”

When side drifting, Wolfe uses a modified Carolina rig with Drifting Stix as his weight. These weights are long and slender, and slip through debris with far fewer hangups than traditional weights or slinky weights. He pairs these up with Hellcat rods from Catch the Fever and baitcasting reels.

If the wind continues pushing his boat erratically even with drift socks out, Wolfe will drop his trolling motor in, using it only to keep the boat on a straight track. The drift socks do most of the work while the trolling motor makes minor corrections.

Looking for the perfect Christmas gift for the angler on your list? Fishing footwear is a great option that won’t rust away in tackle boxes. […]

Six-year-old Sadie Nelson bagged her first deer with her brother’s .243 after watching him shoot a buck with his muzzleloader. […]