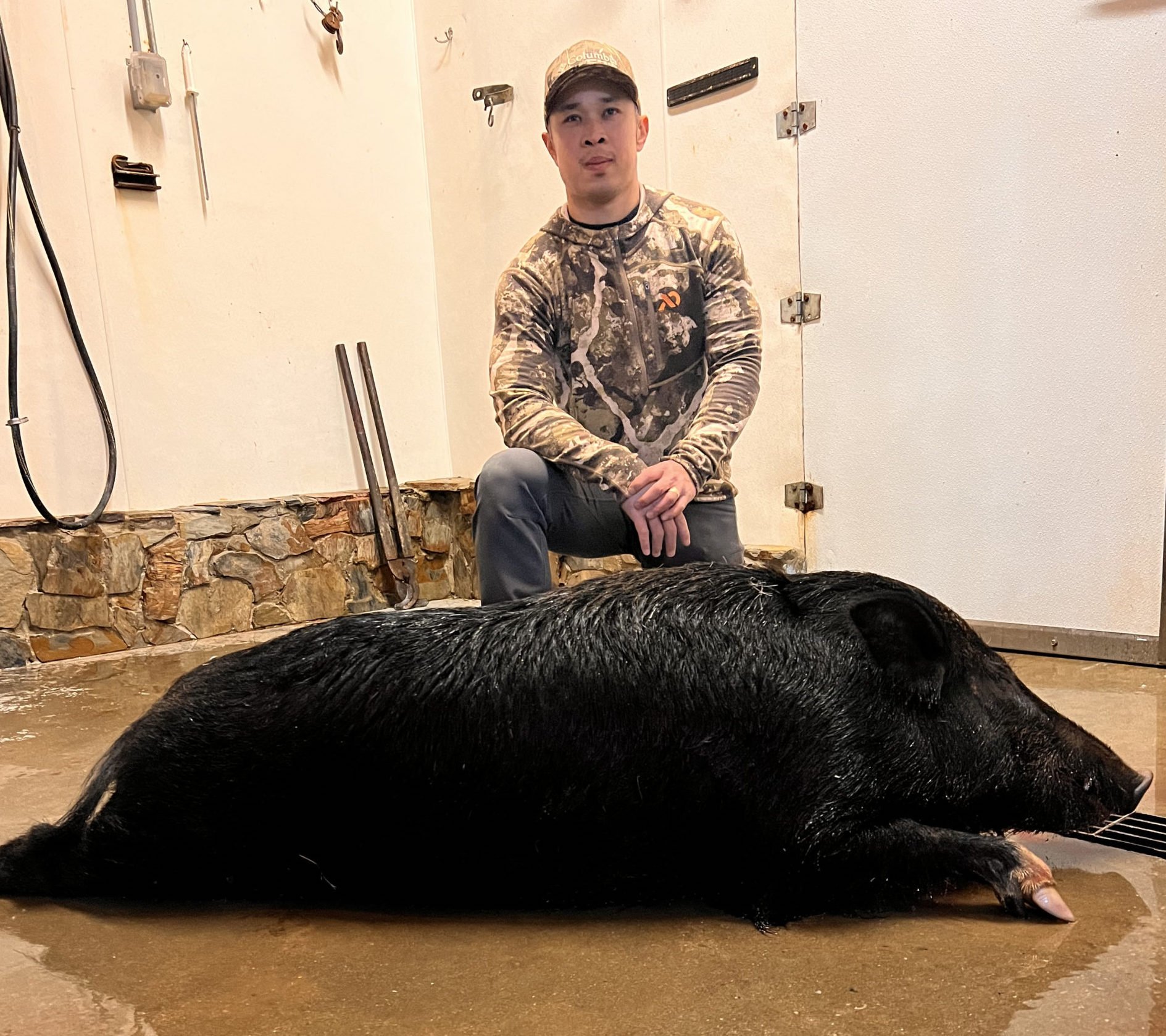 This last deer season, Midlands hunter Jon Tan was walking back to his vehicle after an unsuccessful evening at Creek Rats Hunt Club in Chesterfield County. Armed with a Pulsar thermal mounted on a .243 Ruger American, he quickly scanned a cow pasture secured with hog wire. Lady luck was on his side as 3 hogs immediately lit up the thermal riflescope’s field-of-view, proving the perimeter fractured.

Shooting prone atop his field pack he sent a solid copper 80 grain Barnes TTSX round 85yds into the biggest target, a sow. She expired within 75 yards and Tan was put to task.

Tan – who weighs in at 160lbs himself, normally wheels his game onto a cart, but this one required a bit more elbow grease. No amount of squats or deadlifts at the gym would save his back from this beast, he thought.

Several miles away Declan Rollins of Big Oak Processing was hands deep in deer. Jon called Rollins and explained the situation. Rollins took off for the pasture several minutes later and the rest is history.

This was Jon’s largest hog to date, weighing in at 220lbs and walking on pearly white hooves.

Hog hunting continues to grow in popularity. This videos shows a contrast between small caliber and big bore rifles for hunting hogs. […]

This is my girlfriend’s (Tiffany McKenzie) first ever squirrel and it happens to be a fox squirrel. […]