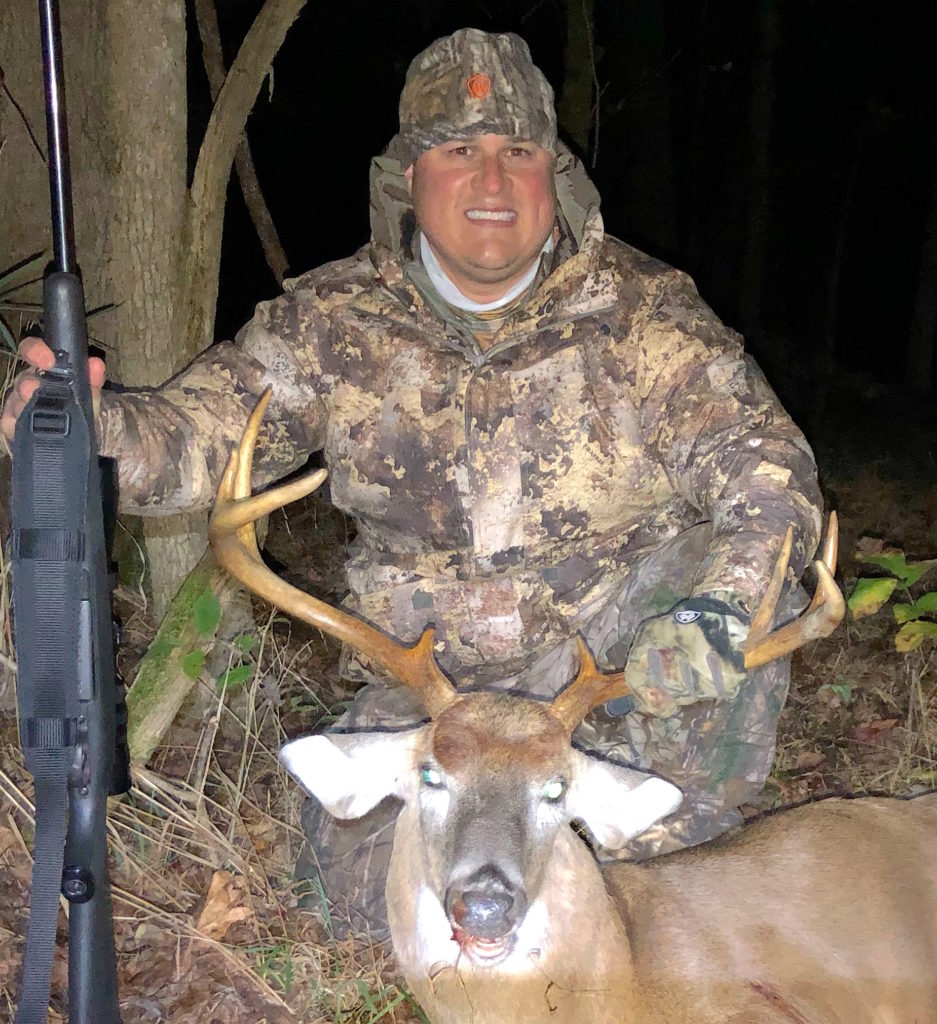 Lawson Ballard shot the big buck from 75 yards away

Lawson Ballard of Greenville, S.C. killed a wide-racked 8-point buck in Laurens County on Nov. 5, 2021 during an evening hunt. The buck sported a 22-inch spread.

It was Ballard’s first time seeing the deer while hunting. He had only one trail cam photo of it, and that was back in August. It’s his biggest deer in his 20 years of hunting.

“After 20 years of waiting! I’ve been hunting since I was 13, and I’ve never seen anything this wide before,” he said.

Ballard was sitting in a ladder stand overlooking a hardwood creek bottom with his Savage 111 .270 when the deer came into view.

“He crossed a creek behind me and came in to an area where it clears up before changing to short pines and their sanctuary area. He looked like he was trying to run off a spike, and came in like a bulldozer,” he said.

When the wide-racked 8-point buck was about 75 yards away, Ballard called out a “MEH!” and the deer stopped for a second. That’s when he pulled the trigger.

“After the shot, he limped and ran in a semi-circle, then dropped,” he said.

Congratulations to Ballard, who is now entered in our Bag-A-Buck contest. Click here to enter your buck in the Carolina Sportsman Bag-A-Buck contest. We’re giving away some great monthly prizes, as well as a Grand Prize that includes a Millennium M25 hang-on deer stand and a 2-man, 2-day hunt for deer and hogs at Cherokee Run Hunting Lodge in Chesterfield, S.C.

Hector Elizondo was fishing with his dad at a farm pond in Joanna, S.C. when they caught this nice stringer of fish. […]