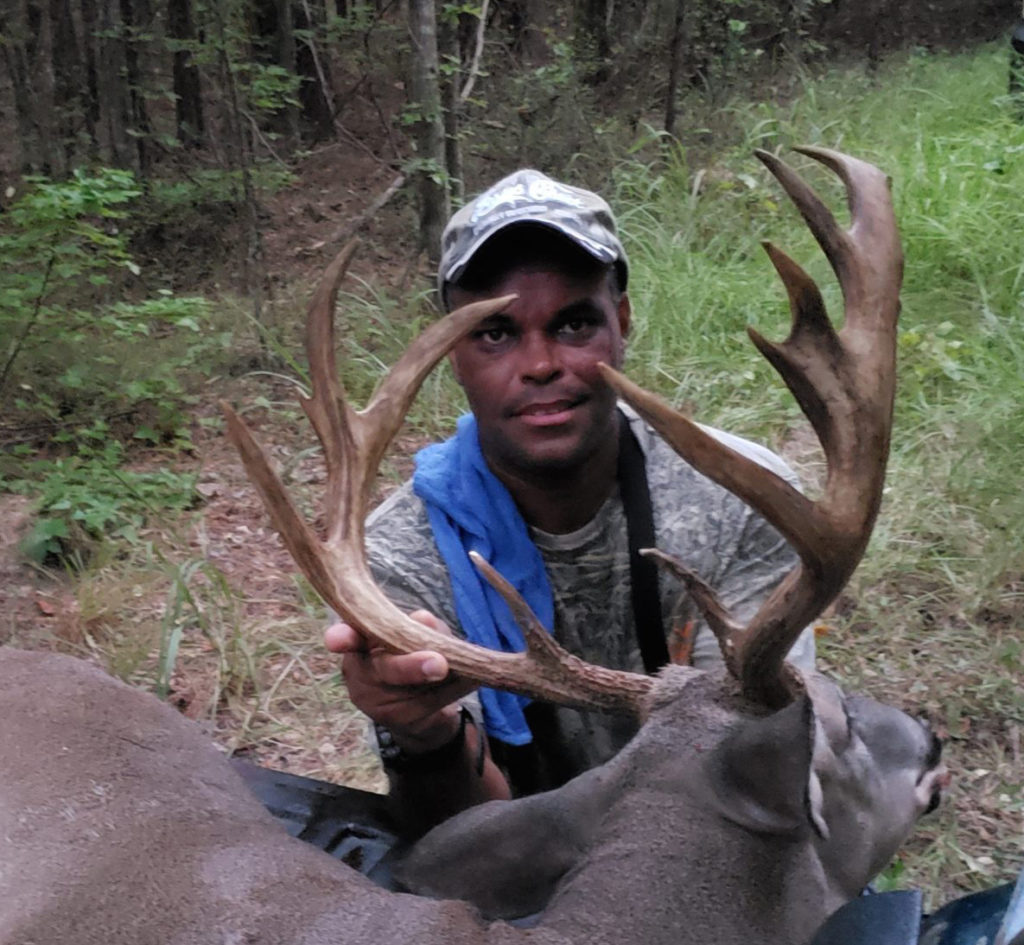 Gerald Murray of Hopkins, S.C. said he had no real reason why he set up his stand in a set of mixed hardwoods and pine trees to hunt the afternoon of Sept. 5, 2020 on hunt-club land in Richland County.

No trees with big rubs were in the area. He had no trail-cam photos of big bucks. He had only seen a couple of does in that general area during the 2019 season. And another club member had killed a couple of bucks on the other side of that piece of property.

But, he set up a stand there just the same.

“I went by faith, not by sight,” Murray said. “Just blind faith.”

It certainly paid off that afternoon. Murray dropped a 12-point buck — a real trophy — at about 7:15 p.m. with one shot from his .300 Weatherby Magnum.

It paid off for him again in early January, when Murray’s name was drawn as the grand-prize winner in Carolina Sportsman’s annual Bag-A-Buck contest. His entry was one of 239 in the contest, which featured four monthly winners.

“The Lord Jesus blessed me with this beautiful, 12-point buck,” said Murray, who was hunting out of a climbing stand. “I was in there expecting to maybe shoot a 6-pointer or 7-pointer. I first saw a doe and fawn about 6:30. They left, and I hung in there. About 7:15, I saw another deer to my right. All I could see was what seemed like a lot of white sticks on the top of this big-bodied deer’s head.”

It was the 12-point, 175-pound buck that Murray leveled — despite a bad case of “buck fever” a few minutes later.

When he climbed down and went to look for his buck, he found a much better buck than he thought he’d shot. Clearly, there was no “ground shrinkage.”

“I didn’t realize he was as big as he was. He was bigger than I thought,” said Murray, 49, who works at Prisma Health Hospital in Columbia. “I got the deer in my truck, and then I started calling everybody.”

Click here to see all our Bag-A-Buck entrants from the 2020-21 deer hunting season.

Zack Porterfield of Roxboro, N.C. was bowhunting in Granville County on Sept. 13 when he arrowed a 145-inch, 9-point buck. […]

About Dan Kibler 872 Articles
Dan Kibler is managing editor of Carolina Sportsman Magazine. If every fish were a redfish and every big-game animal a wild turkey, he wouldn’t ever complain. His writing and photography skills have earned him numerous awards throughout his career.