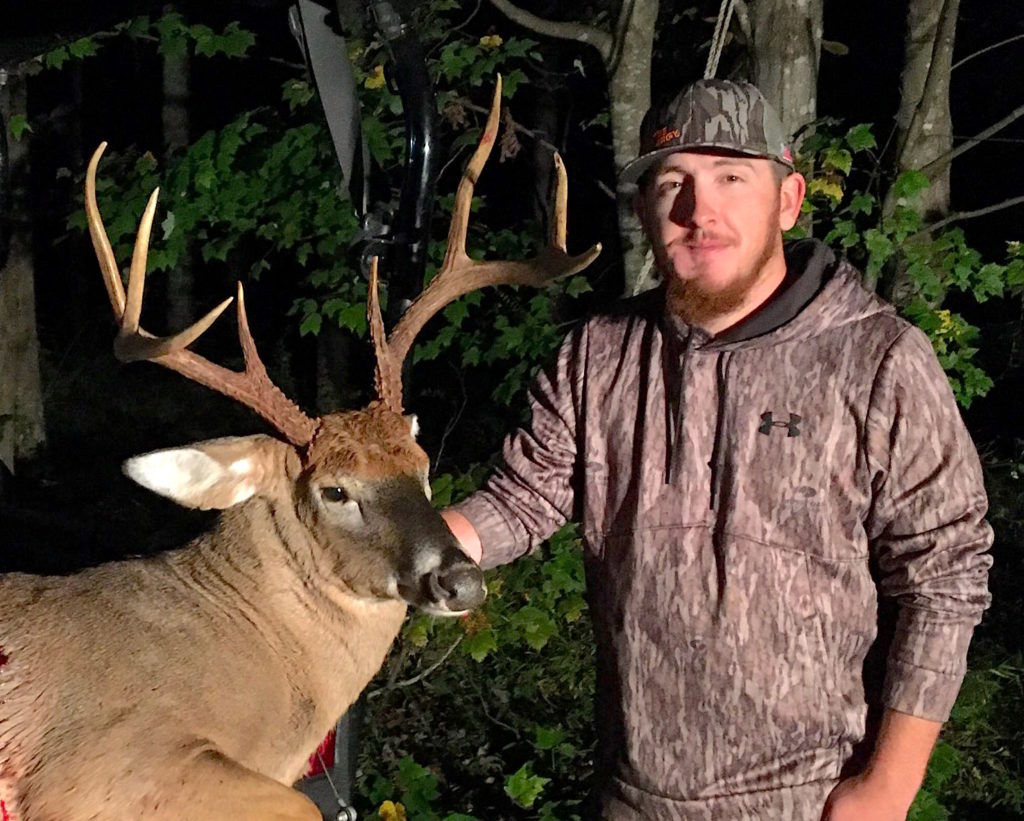 Zack Satterfield shot the big buck from 25 yards away

Zack Satterfield of Reidsville, N.C. killed an 8-point trophy buck in Rockingham County on Oct. 30. The buck had a 20-inch wide inside spread. Satterfield had been hunting the buck all season.

“I have been hunting this buck all season long, going in only when conditions were right,” he said.

It’s not the biggest buck he’s ever killed, but it is his biggest with a bow. The day he shot it was his first time seeing the buck in the flesh. He had numerous trail cam photos of the deer, and used those photos to pattern the animal.

“I figured out where he was bedding and made a move to get closer to his bedding area, hoping to catch him in daylight. I was hunting near a scrape he had been working. A lot of acorns were dropping in the area also,” he said.

His plan worked. Hunting from a climbing stand since about 3 p.m. that day, Satterfield caught a glimpse of the buck at about 5:45 p.m. Fifteen minutes later, he shot the 8-point trophy with his Bear Archery compound bow. His two-bladed Rage Broadhead found its mark from 25 yards away.

“I watched him run about 60 yards, then stop and tip over,” he said.

Congratulations to Satterfield, who is now entered in our Bag-A-Buck contest. Click here to enter your buck in the Carolina Sportsman Bag-A-Buck contest. We’re giving away some great monthly prizes, as well as a Grand Prize that includes a Millennium M25 hang-on deer stand and a 2-man, 2-day hunt for deer and hogs at Cherokee Run Hunting Lodge in Chesterfield, S.C.

My first big buck! I was hunting with my dad when I aimed my sights in on this 8 point buck! […]

How to kill bucks on public land