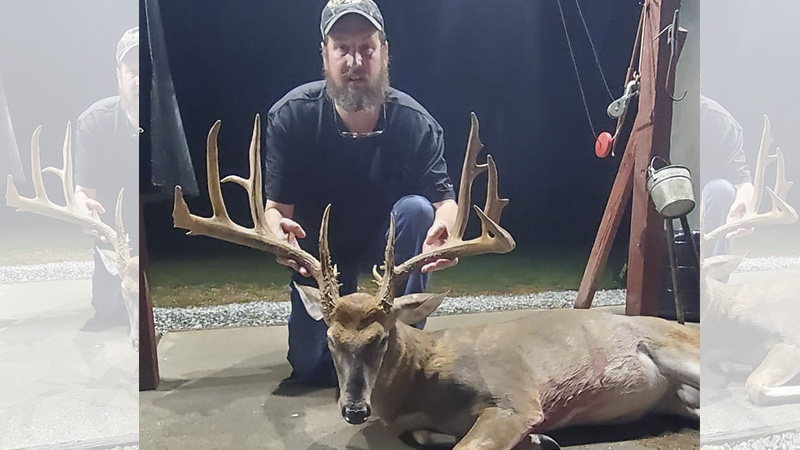 Wilson shot the deer with a PSE compound bow from 15 yards away. He was in a ground blind in a wooded area when the deer showed up.

The day of the hunt was the first time Wilson had ever laid eyes on the deer, but he had hundreds of trail cam photos since the deer first appeared last October.

“I chased him real hard last year, but he kicked my butt. Then while scouting him this year, he went almost totally nighttime on me 3 weeks ago,” said Wilson.

Luckily, the buck began his nighttime journey a little early on Sept. 13, showing up at 7:20 p.m. with Wilson waiting.

“I shot a Pope & Young out of the exact same place last year on the same day,” he said.

Congratulations to Wilson, who is now entered in our Bag-A-Buck Contest and in the running for these monthly prizes and the Grand Prize package:

Charmin Stroud of Branchville, S.C. killed a 13-point buck in Orangeburg County on Sept. 14, 2022 during an early morning hunt. […]

The deer named “Brows” has lost the battle. […]