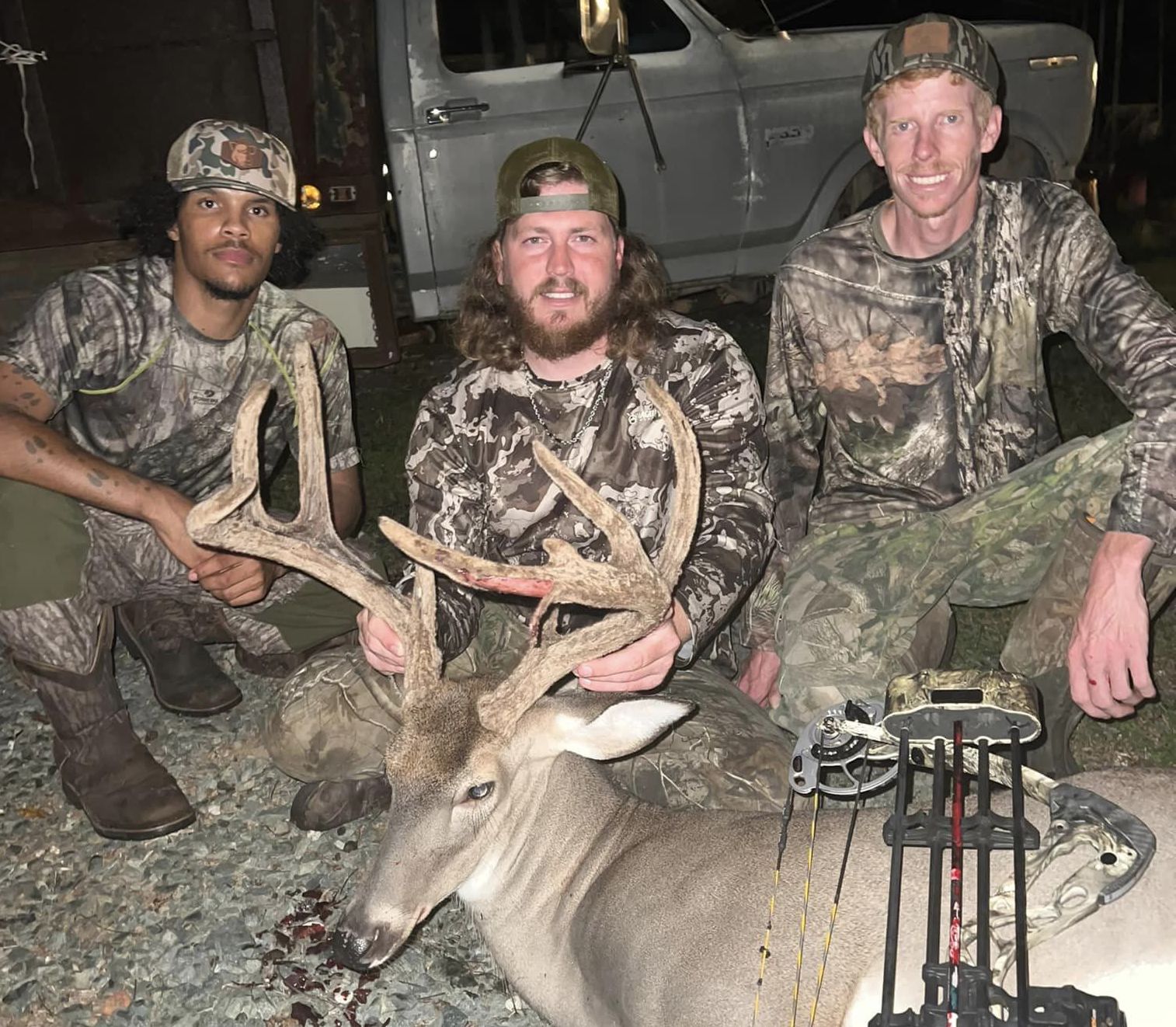 David Lambert of Clinton, N.C. killed an Orange County trophy buck on Sept. 10, 2022 during an evening hunt with his Diamond compound bow. The buck’s antlers were covered in velvet. It was a deer that Lambert waited on, passing on several others during the same hunt.

That evening was his first in-the-flesh encounter with the deer, but his trail cameras had captured numerous photos of it.

“I was hunting an oak bottom, sitting in a lock-on stand. I passed on three smaller 8-point bucks and multiple does earlier in the sit. It was really wet, so I never heard any deer coming. I happened to look behind me over my left shoulder and there he was,” Lambert said.

Upon his first look at the deer, the animal was beginning to walk away. The hunter wasted no time taking action.

“He was quartering away, starting to walk away. I grabbed my bow and slung around really quick. When I did, he stopped to look around and gave me enough time to settle my pin,” he said.

Congratulations to Lambert, who is now entered in our Bag-A-Buck Contest and in the running for these monthly prizes and the Grand Prize package:

My wife Heather Howell Moss shot a nice 8-point in Johnston County, NC today deer was 163 yards from the stand and she took it with a 450 BM