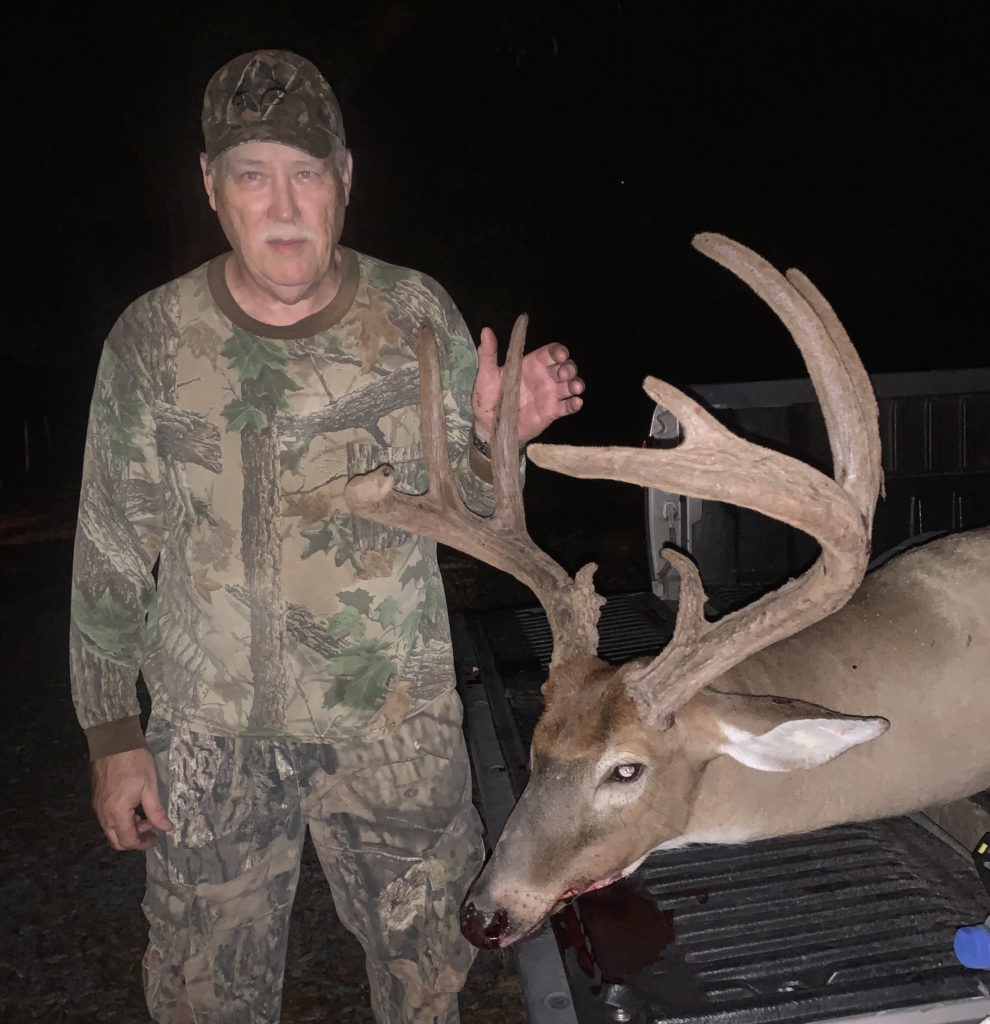 This deer season started like all the rest, with anticipation of what the trail cam pics would show. All the preparations had been made, stands were hung and all the clearing done in February so not to disturb the deer’s summer routine.

Salt licks were freshened up, just like years past. Albert, at 73-years-old, had done this many times before. When July rolled around, he started baiting. Just 5 gallons of corn a week “just to keep um hanging around,” he would say about the Montgomery County, N.C. property.

So when he came by the shop with his camera card viewer, I was excited to hear of the new prospects.

He did not disappoint! We all were in awe of such a magnificent creature. It had 9 points, huge mass, and super long tines. We all assumed it was a smaller deer with an oversized rack (boy were we wrong).

The buck and his entourage of bachelor bucks were showing up almost every day for a couple of weeks. My dad, brothers and I were counting the days with bated breath. Would he stay?

Soon, our fears were realized; he was gone! Two weeks and no pictures. Disappointment and disbelief.

The conversations continued. Have you seen him? Is he back?

One more visit by The Boss gave us hope. But as opening day arrived, he was M.I.A. And Albert wasn’t going in there unless he had evidence of the buck’s presence. A couple of days passed, and the temps started to climb.

“Maybe this heat will make him come to the corn,” dad said.

Sweat rolled down his brow as the heat started to wane. Suddenly, there was movement — deer running toward the stand! 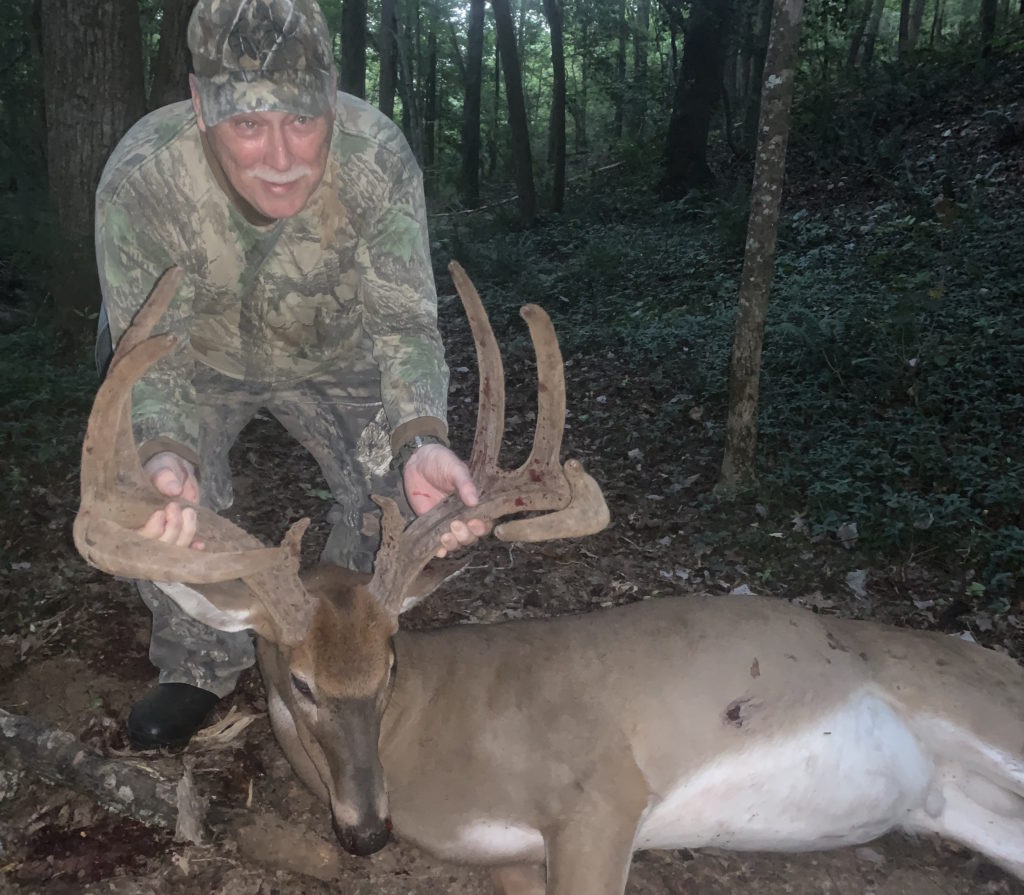 Then carefully, The Boss gazed into the undergrowth. Albert saw its antlers twisting back and forth. Scanning his surroundings, seconds turn to minutes. Then cautiously, silently, he makes his way to the corn. There he is in the flesh!

The giant deer bowed his head to the corn, then snaps it back up immediately. But Albert is too wise to fall for that. Once more, The Boss lowers his head to the corn and pops back up in hopes of catching movement. Again, dad is motionless. Years of hunting has taught him patience. And for the third time, The Boss bows his head. This time, he commits to getting him a bite of corn. Albert knows this is his chance.

He raised his crossbow ever so slowly, his eye trained on the deer through his scope.

POW!!! Perfect shot through the vitals! The deer bounds through the woods and disappears. As the silence returns to the woods, the weight of what just happened begins to sink in to Albert. “I got him!”

My two brothers and I race to meet dad in the woods. The buck ran 60 yards and fell in the 4-wheeler trail. No one could have expected what we found.

Albert Threadgill has always hunted for the sheer love of the sport, not just trophies. His joy and zeal has always inspired us to get up early and push harder to find success. He never gives up.

With or without the velvet, the deer is in the top 5 in North Carolina in the typical crossbow division. Dad says he’s not gonna strip the velvet since he’s not a record.