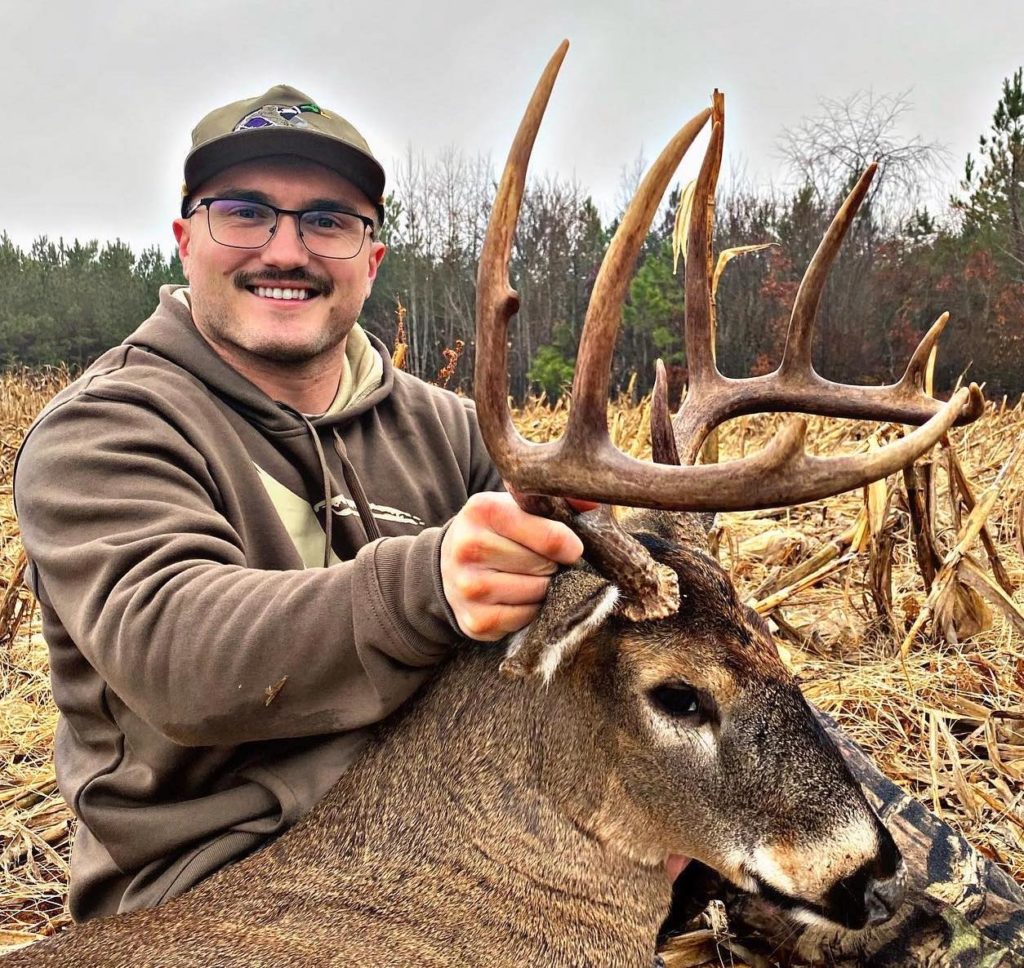 Dawson Wright of Holly Springs, N.C. was hunting in Stokes County on Dec. 18 when he killed a big 11-point buck. He shot the buck in hardwoods near a river bottom at 100 yards with a .30-06.

Wright was hunting in a ground blind that morning, and wasn’t expecting too much thanks to very warm weather. But he was hunting with good friend Dawson Durham, whom he had not seen in a while, and was just happy to be spending time in the woods.

“I saw my best friend Dawson Wright from college a couple of weeks ago. And while we were catching up, we started talking about deer hunting and my early success this year,” said Durham, who we featured in our Bag A Buck forum earlier this year.

The two friends planned a hunt together. Durham lives in Baltimore and Wright lives outside of Charlotte. So they made a plan to hang out and catch up in the deer stand. Little did they know that it would be unseasonably warm and rainy all weekend.

Fortunately, the weather didn’t put a damper on their mood, or on the hunting action.

“I’m going to cherish these moments forever, We honestly didn’t expect to see much at all with the weather and it being late season,” said Durham.

Once Wright pulled the trigger, the deer ran off and the two friends began tracking. It was a short tracking job. The shot hit the buck’s vitals and it went down after a 75-yard jaunt.

“Being able to get together was awesome. But to actually harvest a buck was even better. Both of us have busy schedules from school and work. But it all worked out in the end.

“When he actually shot the deer, we were both in shock. After walking up to the deer and loading it on the bed of the truck, we were so in shock that we forgot to take pictures. Before we skinned the deer and caped him out, we went to my dad’s corn field to take photos. It’s crazy how high emotions and excitement can make you forget the little things,” said Durham.