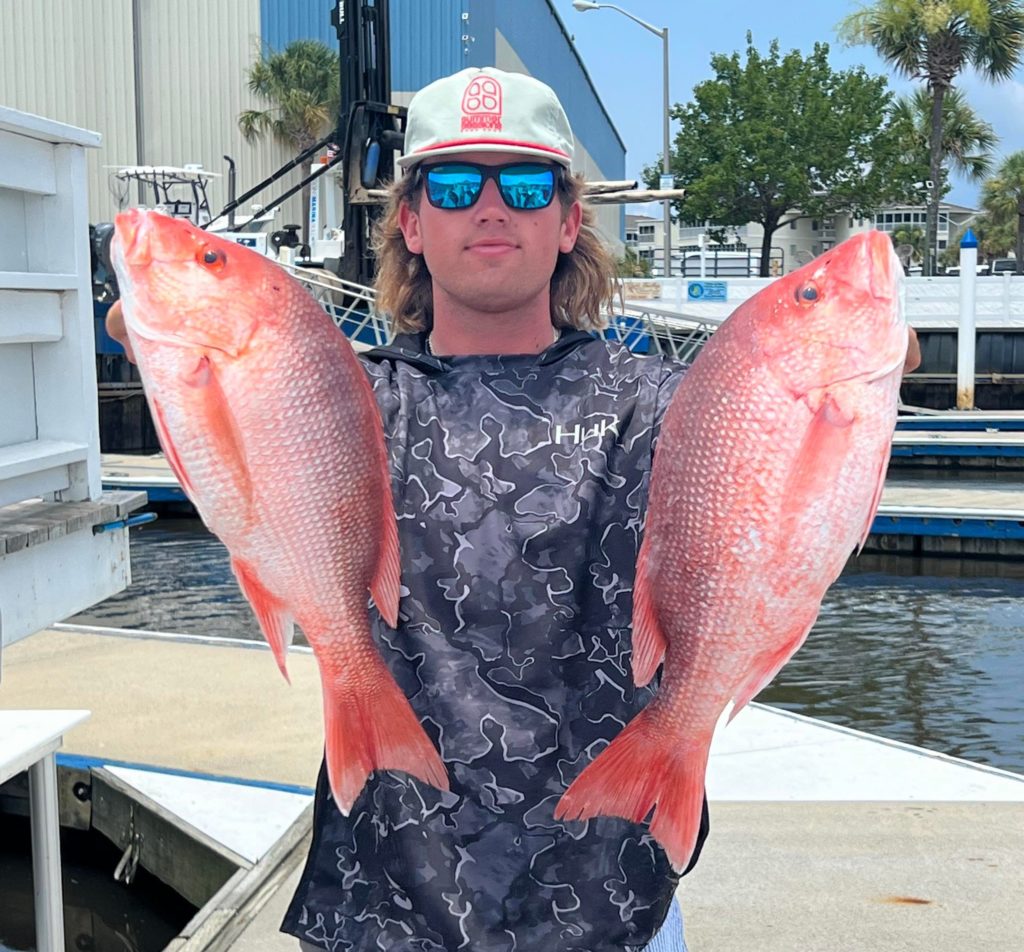 With the short red snapper season opening during less-than-ideal weather, many anglers decided to sit it out. But Rex Poplin and some friends decided to give it a look, and came back with some good meat. Red snappers, a big bonita and king mackerel are all on the menu for the foreseeable future. They were fishing out of Cricket Cove Marina.

The day did start off somewhat rough, Poplin admitted. But conditions improved just as they thought of heading back in.

“At the start it was pretty choppy. We thought about turning around. But we pushed through and glad we did. It flattened out a lot to about 3 foot seas. Everything worked out in the long run,” he said.

How to properly set up your hunting bow

Use these steps to properly set up your bow before you take it to the woods. […]

Keep the bugs at bay while you’re fishing with the Thermacell MR300 Mossy Oak Fishing Bundle. […]

The fall mullet run along the Carolina coastlines puts gamefish in a feeding frenzy. […]