The fishing report for Santee Cooper is good right now, no matter what species you’re after. Right now is a great time to go, thanks to mild weather and crowds that are relatively small compared to those seen throughout the summer months.

Pro crappie angler Whitey Outlaw, co-host of Father and Son TV, said the crappie bite is about as good as he can stand it. While many crappie anglers give up on the species once the spring spawn is over, Outlaw loves catching slabs after the springtime ritual.

“The crappie are biting good and they’re about to get on their summer pattern,” said Outlaw.

From now through the end of summer, Outlaw targets crappie under floating vegetation mats, mostly on the upper lake of Santee. 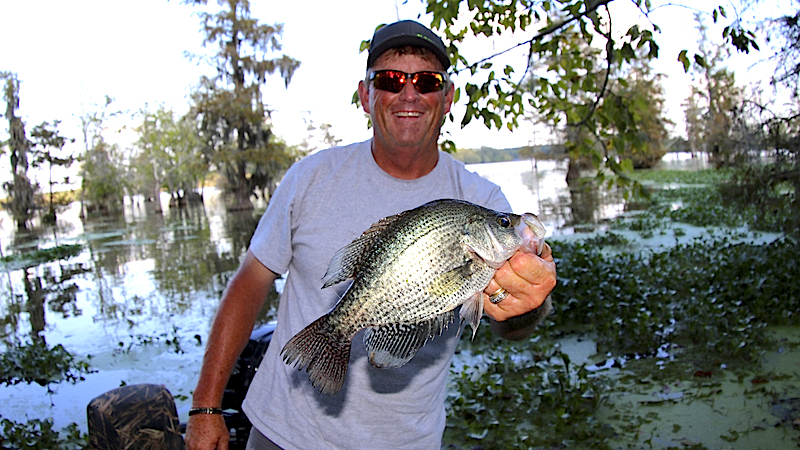 “The hotter it is, the bigger the numbers of fish that will stack up under that floating vegetation. Lots of crappie, but lots of other fish too. A Charlie Brewer Slider on a jighead is unbeatable here. Just find a little opening in the vegetation — just big enough to drop that jig through — and give it a minute,” said Outlaw.

Capt. Joe Dennis of Captain J Hook Charters is catching plenty of stripers. His parties have been reeling in limits of these fish, sometimes very early in the morning. Dennis catches stripers a number of different ways. Anchoring down over schools of bait, then fishing down lines with live bait has been very productive lately.

Dennis said anglers can find stripers just about anywhere on the Santee lakes this time of year. He keeps a look out for them every day he’s on the lake, and talks to other anglers constantly to keep up with the whereabouts of the fish. But he said using a good depthfinder, watching the birds, and just being observant even when fishing for other species helps keeps them dialed in. 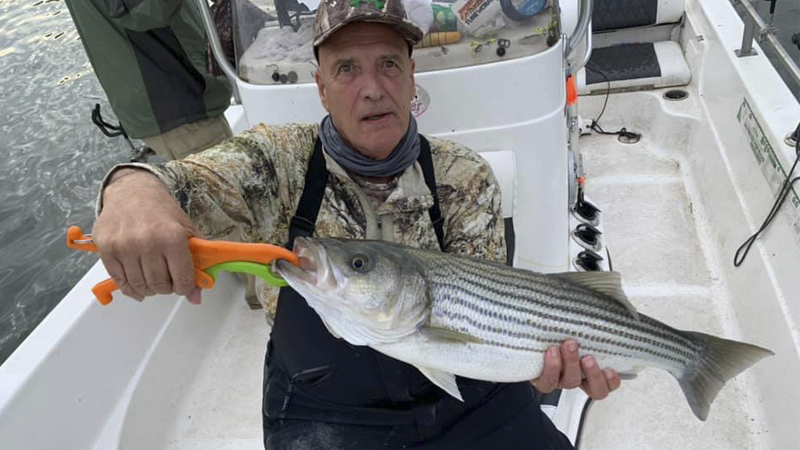 The shellcracker bite is hot too, mostly in the shallower, swampy areas of Santee. Capt. Brandon Freeman of Gators Outdoor Adventure and Guide Service is using live worms under slip bobbers in and around surface vegetation. His parties have limited out on multiple days recently.

Freeman likes using a slip bobber because it allows him to change depths easily without having to retie. This gives him and his clients the freedom to move about quickly without losing fishing time. He said usually, most of the shellcrackers are right on the bottom. So he sets his slip knot for just a few inches above the depth of whatever waters he’s fishing. 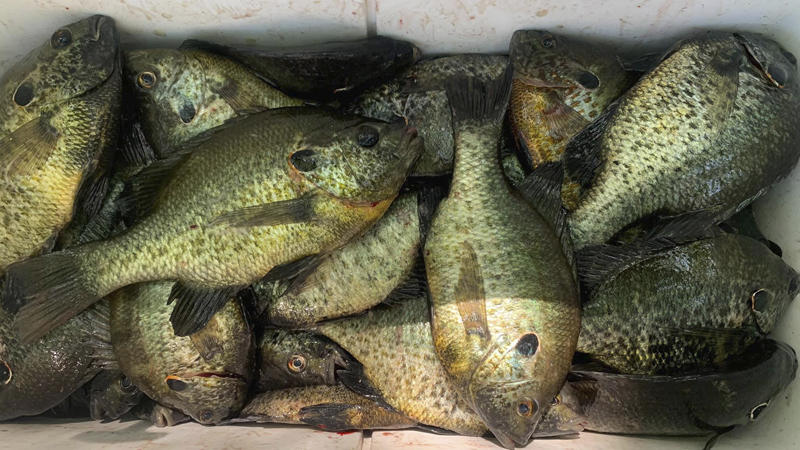 “You can catch them without bobbers, and a lot of people do that. But sometimes the fish will suck in the worm and just sit there. And you won’t even know you’ve got a fish on. With a slip cork, you’ll know right away. Plus, it helps to avoid hanging up on the bottom,” he said.

The catfish bite has also been good, especially for anglers who are drifting the open waters of the lower lake. Capt. Jason Wolfe of Wolfe’s Guide Service is anchoring in the early morning hours, then drifting as the day begins to warm up. He’s using cut bait and said some days, that early morning bite can be outstanding. Other days, the drifting (or trolling when the wind doesn’t help him drift) over a variety of depths does the trick. And then on the best days, he catches good fish both ways.

When the bite is especially tough, he said you can’t go wrong anchoring over mussel beds. 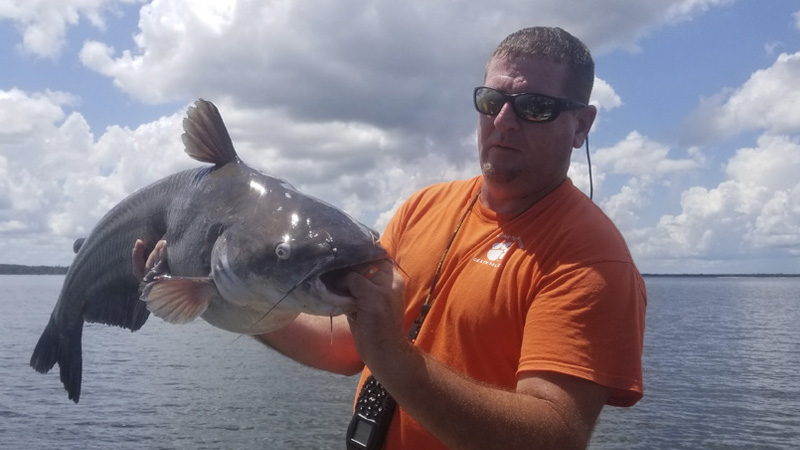 “The best mussel beds are those in open water that are more shallow than the surrounding waters. You’ll find them on your electronics, then anchor the front and back of the boat. Put out as many rods as you have rod holders for. This is often the fastest fishing of the day, because catfish don’t hang out on these mussel beds — they come there to eat, then head back to deeper water. So every fish that comes to that bed is intending to eat,” he said.

Catching bull bream on beds is hot all summer long on the Santee Cooper lakes. […]

Santee Cooper’s fish move toward their summer patterns as the calendar turns to June. […]