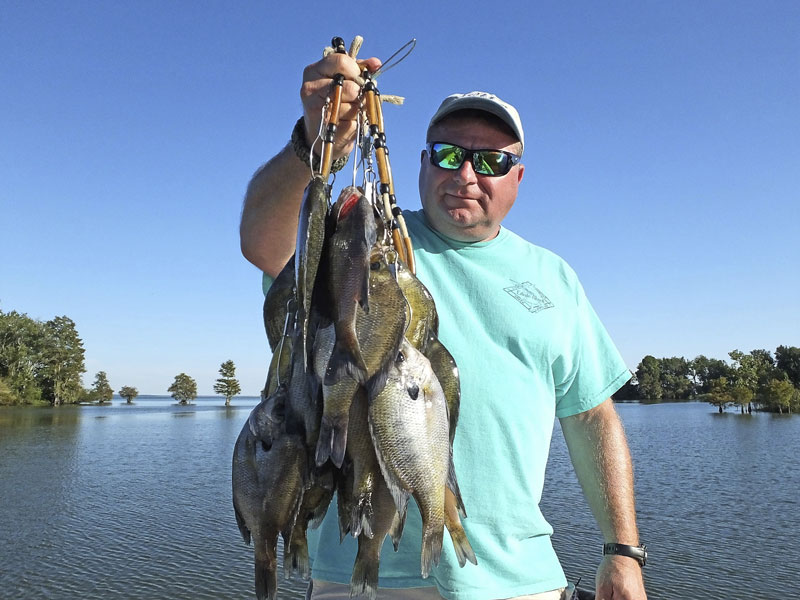 In December, cold-weather fishing patterns emerge. And many are very reliable in terms of productivity. Knowledgeable anglers cash in on this reliability to consistently catch quality fish.

The headliner on this list may surprise some, but not diehard bluegill anglers. December is prime time to catch limits of these fish in short order. Action is so fast that anglers often land doubles of boss bream with a two-hook rig.

It’s no secret that bream and woody habitat are a “hand-in-glove” match. But it rises to a new level at Santee Cooper during December.

Kevin Davis, the owner of Blacks Camp, said that in late November and through December, a mass exodus of bream from shallow water occurs. They flood into deep brush and other wooden cover.

“A lot of the habitat bream prefer is woody cover in any depth of water. But in December, it’s the deep brush where bream congregate in vast numbers during the cold weather,” said Davis (843-753-2231). “Much of this man-made cover was originally intended for crappie, but it’s ideal for fat, wintertime bream. This fishery is so consistent that anglers target bream on the brush. They’re not just a bonus for crappie fishermen.”

“The water temperature is a key. And with consistently cold weather, bream move to the deep brush. And with electronics, we can precisely target these hotspots,” he said. 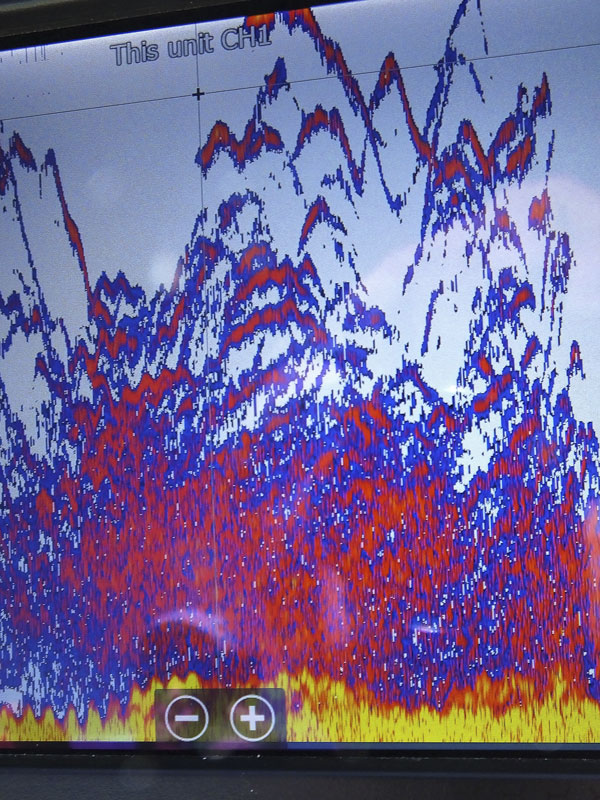 Some excellent targets are the Santee Cooper Country public fish attractors. They are marked by buoys, and their locations are listed on the S.C. Department of Natural Resources website (www.dnr.sc.gov/fish/fishattract/fishattr.html). SCDNR has recently refurbished these sites with new brush, making them even better for big bream.

Ilderton said most of the bream will be congregated from 15 to 30 feet deep.

“A gradual depth transition occurs during November as some bream begin to move into brush at 10- to 20-foot depths,” he said. “But by December, the prime bream action is on brush in 20 to 30 feet of water, because huge bream cram into these deeper areas.”

Ilderton fishes with a tight-line rig, using a No. 4, extra-light wire gold Aberdeen hook with a heavy split-shot a few inches above. He loads the hook with a fat cricket and drops it to just above the top of the brush.

Winter bream fishing can be fast-paced

“When we first get on the brush, it may take a short minute for the bream to move out of the brush. But once they do, they’re usually very aggressive on the bite,” he said. “Usually, they’re so aggressive a two-hook rig will work and produce doubles on huge bream. When it’s right, you’ll get bit while dropping the rig down. And it often won’t get to the targeted depth. That’s a ton of fun.”

Davis calls the rig the “double-hook, drop-shot, bream-killer rig.” He’ll tie on two extra-light No. 4 gold Aberdeen hooks about a foot apart, beginning about 8 inches above a heavy split-shot pinched onto the end of the line.

“The light hooks can be pulled free from the brush and bent back into shape. And the split-shot on the end can be pulled off if it snags on the brush without breaking the 8-pound test line,” Davis said. “This often saves me from having to replace a complete rig,”

These bream will move to other brush piles, and Ilderton said don’t linger long at any one place you set up if you’re not getting plenty of bites.

“Despite the low water temperatures, the bream bite is typically aggressive,” he said. “Watching your graph, you’ll see the bream swarming around the top and edges of the brush when you start catching them. The competition for the crickets is fierce, and thus, the opportunity to catch them two at a time.”

Both Davis and Ilderton said because you can limit quickly on big bream, it’s a good idea to have a bucket of minnows so you can finish the day crappie fishing — another good December option on deep brush.

“The payout has been around $7,500 for first place each of the first two years, and we’ve had some awesome catches weighed,” Davis said. “We’ve selected this time of the year, because historically, the late-November and December time frame produces a lot of huge catfish.”

Tournament info can be found on the Blacks Camp Big Cat Shootout Facebook page or by calling 843-753-2231.

Sign Up Now
About Terry Madewell 722 Articles
Award-winning writer and photographer Terry Madewell of Ridgeway, S.C., has been an outdoors writer for more than 30 years. He has a degree in wildlife and fisheries management and has a long career as a professional wildlife biologist/natural resources manager.