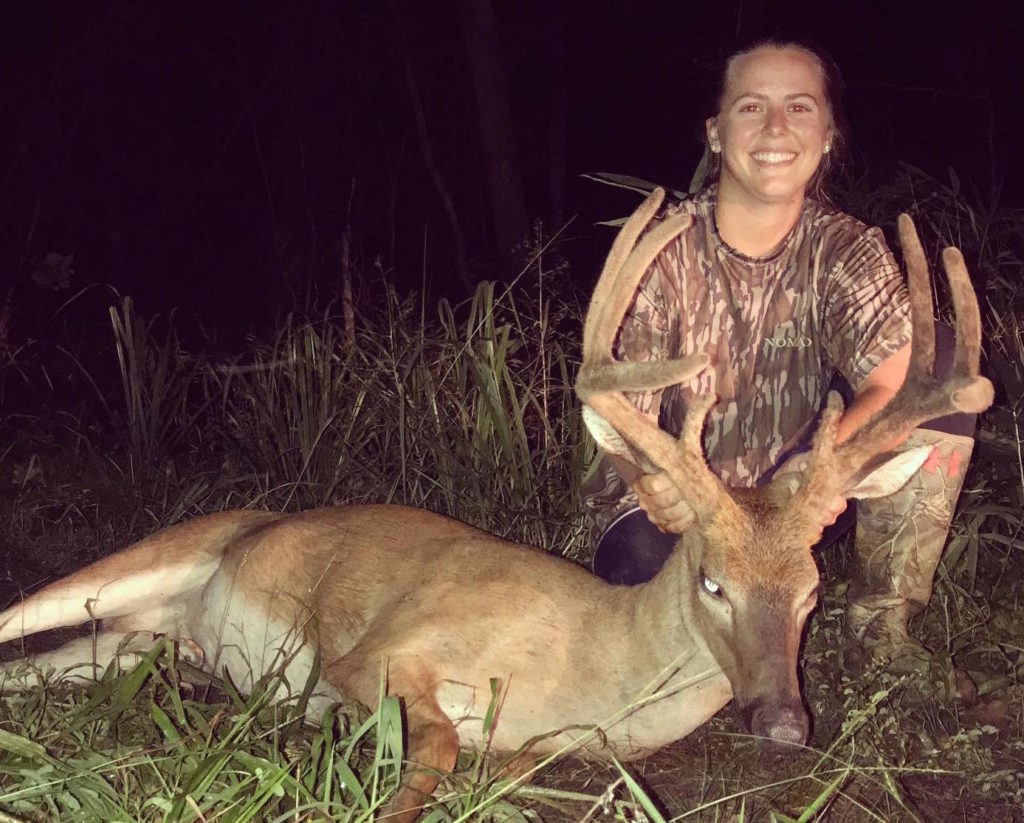 First buck was in full velvet

Ballam killed both deer from the same stand on family land in Charleston County with a .308 Winchester.

She killed the one in velvet on Aug. 21 at around 7 p.m. She’d gotten a trail camera photo of the deer earlier that week.

“I got him on trail camera that Wednesday. I hunted Thursday and saw something big. But it was too far away for me to shoot. So I just decided to go sit again Friday and see what happens. I was there about two hours. I saw a little 5-point come out, and I recognized it as a deer that was in the photo with the 8-point. So I thought the 8-pointer would be along. And sure enough, that one popped his head out,” said Ballam.

The deer came into the clearing, but it was on the move. Ballam wasn’t sure she’d get a shot at it, but then it stopped. It was about 100 yards away.

“He was running, but then he stopped and looked at me. I put the crosshairs on his shoulder and he looked like he was about to run again. So I pulled the trigger and shot him in the shoulder. He dropped right there,” she said. 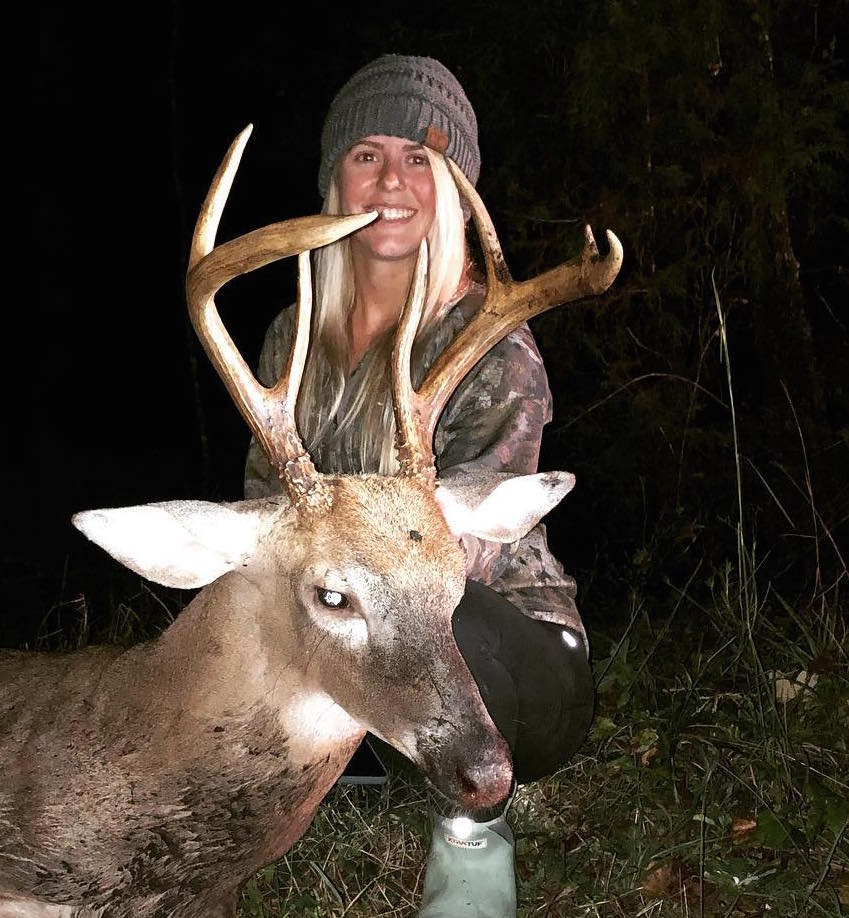 Ballam killed the 7-pointer on Oct. 17 around 6 p.m. She had never seen this deer before, either in the flesh or on trail camera. After sitting in the stand for a couple of hours, she’d seen numerous does and a spike buck. Then the 7-pointer walked out.

“I was randomly using a grunt call when he came out. At first I thought it was a 6-pointer we’d been seeing on trail cameras. But then I realized it had four points on one side. I saw how big the brow tines were. And I thought it was an interesting deer. He was walking away so I let him walk into the woods,” she said.

She texted her dad, who informed her that her brother had just shot a doe. He urged her to kill the deer if it came back.

“I hit the grunt call a little again just to see if he’d come back. And he came back about five minutes later about 150 yards from me,” she said.

The deer walked down a path, then stopped and looked in Ballam’s direction. He turned broadside, and Ballam shot it. The deer ran about 50 yards before expiring.

Congratulations to Ballam, who is now entered in our Bag-A-Buck contest, making her eligible for a number of great prizes. This includes the grand prize — a 2-day, two-man hunt at Cherokee Run Hunting Lodge. Click here to view the Bag-A-Buck gallery or to enter the contest yourself.

Cody Triplett of Sparta, N.C. was almost ready to give up his hunt when a huge Alleghany County monster buck showed up. […]

It was an unforgettable hunt In 25 years of hunting, through countless early mornings and long afternoons in tree stands and ground blinds, I’ve never had so much as an opportunity at a “big” buck. […]

About Brian Cope 1691 Articles
Brian Cope is the editor of CarolinaSportsman.com. He has won numerous awards for his writing, photography, and videography. He is a retired Air Force combat communications technician, and has a B.A. in English Literature from the University of South Carolina. You can reach him at brianc@sportsmannetwork.com.
Website